Do your worst, Willem Petzer, I’m bored of you now

While the alt-right vlogger's attempts to discredit The Citizen and its online editors worked, at first, they have since descended into total absurdity. 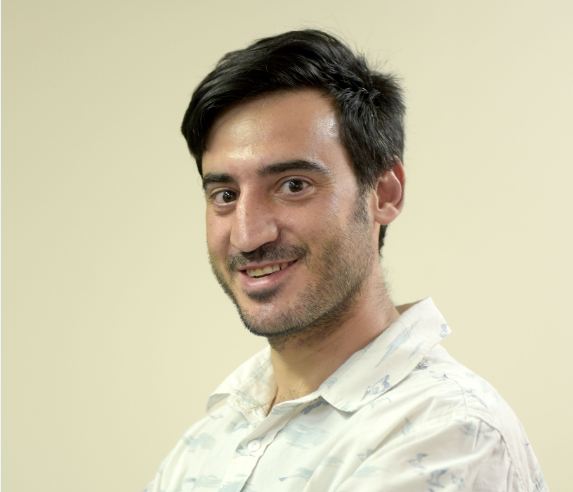 If there’s one thing I’m certain of, it’s that the crazed, right-wing conspiracy theorist called Willem Petzer will make a video about this column.

I make this assumption based on the fact that he has made a video every time I have mentioned his name in an online article, and has now begun making things up about me in new videos even when I don’t. Lately, these videos seem to come out daily (Willem Petzer appears to have a massive surplus of time on his hands).

The reason for Petzer’s obsession with me is very simple.

I once published an article exposing the racist memes that were posted in a Discord chat group he hosted.

Needless to say, Petzer did not like having the things he and his friends post in private, which come in four flavours – racism, sexism, Nazi-themed material and apartheid-nostalgia – published on a mainstream news site. It doesn’t fit in with what he wants people to think he is: a good Christian Afrikaner. It fits in more with what sensible people, on both the left and right, see him as: a sad and deluded, but relentless, alt-right troll.

Everything that happened after this and is still happening is Petzer’s desperate attempt to see how many times he can defame me and The Citizen, purposefully twist my words and lie in videos.

His first attempt worked spectacularly well, if the amount of anti-Semitic and hateful messages a journalist gets sent is a measure of success.

This, sadly, appears to have emboldened him to make new videos that are now doing the job of discrediting him – which he claims in his videos is something I actually have the time to invest my energy in – better than I ever could.

Petzer is behaving more and more like the caricature of the far-right nut-job he for some reason desires the world to think he isn’t.

While initial videos about me, The Citizen and our online editor Charles Cilliers stuck to a basic thread of truth and then distorted it, by now he is just making stuff up.

His latest one took an article I wrote the other day – not one that received much attention or which many people read, mind you – and accused it of being EFF propaganda simply because it reported on something the party had done. He even more bizarrely – but also illegally, as this is straight-up defamation – claims the vandalisation of the hair salon I mentioned in the piece was caused by my article.

I thought the article – and you can read it yourself if you don’t believe me – was balanced. Ironically, EFF supporters have accused it of being biased in favour of the lady who took one of their posters down. I had an amicable chat with the manicurist, who told me how she was being harassed by EFF bullies, and I reported that (Petzer, in his video, blatantly lies and says the story “doxxed” the woman, or revealed her identity, when we blurred her face and didn’t mention her name).

UPDATE: Petzer has since deleted one of his two videos making false claims about the hair salon story. 10:30, January 28.

He also claims he found it hard to believe I had actually spoken to the woman (I certainly would not risk my job that way), accuses me and The Citizen of purposely trying to ruin people’s lives, gives me the Trumpish nickname “Fake News Friedman” (I’m honoured, though it has not yet caught on), and calls my editor a beta male (take a look in the mirror, Willie, you’re hardly Rambo yourself).

The poor guy has strayed so far from his first, highly successful, attempt at ruining my life for revenge that I almost feel sorry for him.

That first attempt was pretty spectacular, though.

Petzer took a video I made in 2015 as my alter ego – comedian Deep Fried Man, which was a recording of a song I’d already been doing live on stage since 2013. I’d performed it around the country and received laughter and applause. Not once did I receive a single complaint about it.

The song was written as Nelson Mandela’s life was coming to an end, and some felt there would be a “white genocide” after he was gone. Watch the video and you will see there is no implicit or explicit reference to farm murders in the song.

This didn’t stop the guy from chopping the video up (removing the important ending, where the whole thing turns out to be a dream) and interspersing my footage with horrific stories about people who have been tortured and killed on farms. The only link between my video and the truly horrendous incidents he describes is that Petzer says it’s there, and I was shocked at how many people were prepared to believe him.

Many people, even ones on the right who are in no way fans of The Citizen or myself, including cartoonist Jeremy ‘Jerm’ Nell and vlogger Renaldo Gouws, noted my video was satire (in Jerm’s case) and did not mention farm murders once (thanks, Renaldo). But many others took it at face value, believing Petzer’s claim that I was making fun of innocent victims of horrific farm attacks.

What resulted can only be described as an outraged frenzy of hundreds of death threats, anti-Semitic hatred, threats to my family (one guy threatened to smash my two-year-old son’s skull in) and a few people who just told me I needed the Lord (those guys, unlike the others, were pretty polite).

Even AfriForum, who claimed, when we released Petzer’s racist Discord chats, that they are not associated with Petzer in any way, joined in. (This was despite Ernst Roets and Petzer having collaborated on YouTube videos and Roets having tweeted his support for a racist documentary Petzer made about how there isn’t any crime in Orania).

Kallie Kriel tweeted that, by refusing to fire me, The Citizen were trying to “justify hate speech”. Kriel had evidently decided that a four-year-old, obviously satirical, budget-produced YouTube rap video is hate speech. I would encourage him to take me to the Human Rights Commission. SPOILER ALERT: He won’t, because he knows it’s not.

But this is what happens if you join Team Petzer. Logic, reason, facts all become secondary as rage-fuelled adrenaline courses through your veins. If I were AfriForum I would distance myself from Petzer completely, unfollow him on social media and stop buying into his lies, rather than tweet in support of his videos.

Petzer clearly wants to bully me into silence. For a while, it worked.

David Saks from the South African Jewish Board of Deputies bravely wrote an opinion piece expressing shock at the anti-Semitic hatred I had received as a result of Petzer setting his rabid, hateful followers on me and defending my original video as satire. Petzer, of course, made another video about that, and I got more threats from his angry (and, if his recent videos are any indication, dwindling) fan base.

Fearing more people telling me “they’re coming for me” and threatening my family, I said nothing.

But Petzer is still making his videos, and his lies are getting more blatant, so I need him to know I’m not scared of him. At this point, I’m just bored.

Petzer is a morally bankrupt, hateful, raving conspiracy theorist, clinging to a discredited narrative of white victimhood and cultivating a fan base of ignorant people who allow him to manipulatively whip them into a state of pure outrage.

His obsession with me, The Citizen and our digital editor has become pathetic, and, through his increasingly deranged videos, he is obliterating any chance he ever had of making a meaningful contribution towards the crusade he has signed up for.

So bring it on Petzer, you couldn’t possibly hurt my credibility as much as you hurt your own.

While falsely linking me to horrific farm murders and torture worked in stirring up outrage, your latest videos haven’t even gotten me a single threat. Your blatant lies about me, my editor and my newspaper are being ignored more, and believed less.

If you carry on like this, you will eventually end up in Weskoppies in a straitjacket, writing diatribes about the fake news media in faeces on the wall in a room even more depressing than the one where you currently make your videos.

I look forward to that.