Gordhan mum on FIC’s handling of the Guptas’ ‘suspicious’ transactions

The minister said the FIC was not permitted to provide him with information about its investigations regarding the alleged suspicious transactions it flagged. 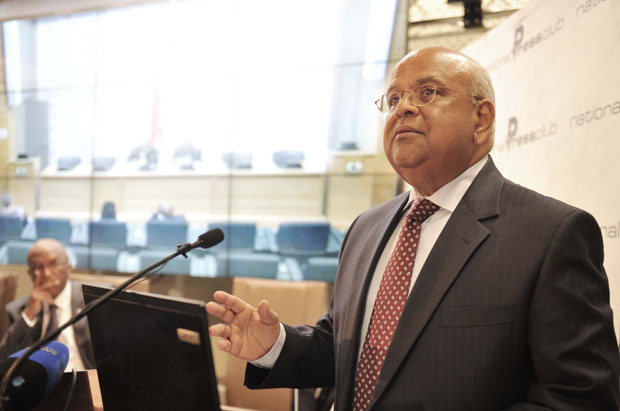 Finance Minister Pravin Gordhan has declined to reveal whether the Financial Intelligence Centre (FIC) has referred alleged “dubious and unusual” transactions by Gupta-owned companies adding up to more than R8 billion to police or other law-enforcement agencies for investigation.

ALSO READ: SACP says it has not endorsed Ramaphosa for ANC leader

In a written response to a question posed by the Democratic Alliance’s (DA) shadow minister of finance, David Maynier – who wanted to know if the transactions were being further probed by other authorities – Gordhan said the FIC was not permitted by law to provide him with such information.

“It is not possible for me to disclose this information‚ as the FIC is not able by law to provide such information to the minister of finance,” he said.

The transactions that were apparently used by the country’s four major banks as reasons to cut ties with the controversial family are listed in Gordhan’s October 2016 high court application seeking a declaratory order that government cannot intervene in the banks’ decision to close their companies’ bank accounts.

He named 72 “dubious and unusual” transactions adding up to R6.8 billion.

On Monday, a lawyer for the Guptas said the family intended to reveal in court documents on January 20 how they were victims of a “planned, concerted and politically driven smear campaign”.

Attorney Gert van der Merwe in an interview with eNCA described the minister’s application as “superfluous”, saying it was just a means to an end goal to smear the politically exposed family.

ALSO READ: Guptas to spill the beans on ‘plot’ against them

“My instructions are that this campaign, executed in choir, all the same voice, and for some even overwhelming, [is] with one purpose and that is to eliminate the business of the Gupta family and to gain obvious political achievement, of which we read every day,” he charged.

The Guptas have never approached the courts challenging the four banks’ decision, rather they have put pressure on government to act on their behalf.

They are, however, fighting with the FIC for more information about these alleged suspicious transactions.