The party accuses the Gupta family of exploiting 'political influence' to gain access to resources, licences, contracts and tenders. 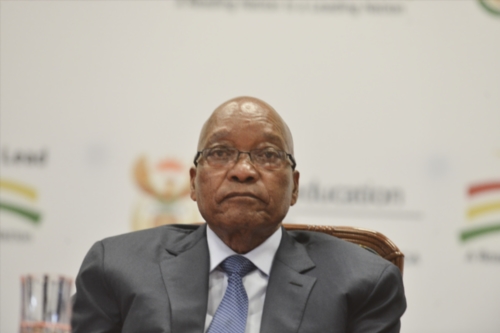 Yet another salvo has been fired at President Jacob Zuma’s administration and his close friends, the Gupta family.

The Citizen is in possession of the political report in which the SA Communist Party (SACP) says the Zuma government has been marked by even more “aggressive” and “reckless interventions”.

“Part of this recklessness is attributable to a sense that things are not assured for them beyond 2019,” the report read.

“And part of the recklessness is the desperation of those for whom the net is closing in as scandals pile up.”

Zuma’s last term as president of South Africa ends in 2019, and according to the constitution he cannot serve a third term as the head of state.

ALSO READ: It was the state against the nation at Sona, says Maimane

The SACP accused the Gupta family of exploiting “political influence” to gain access to resources, licences, contracts and tenders on favourable terms.

“The activities and practices of such capitalist bootleggers can in no way be seen as any kind of progressive bulwark against the monopoly capitalist owners and controllers of the means of production,” it read.

“Gupta-style empowerment focuses on enrichment of selected indi­viduals who can fuel their own corrupt enrichment and the transfer of loot off-shore.”

The report also said the Gupta-captured network often conducted itself as a shadowy and parallel state outside of col­lective Cabinet discipline.

The SACP, which played a role in the 2008 removal of former president Thabo Mbeki months before the end his term, also berated Mbeki, saying it was during his era that factionalism began to take hold in the ANC.

The party said the ANC’s poor showing during last year’s local government elections was a reflection of the party’s inability to win hegemony over and lead the main motive forces of the revolution.

ANC secretary-general Gwede Mantashe responded by saying the SACP was doing an analysis of itself.