FF Plus’ Groenewald to Zuma: What do you have against white people?

‘Every time there’s something wrong, you blame the white people of South Africa,’ he charged. 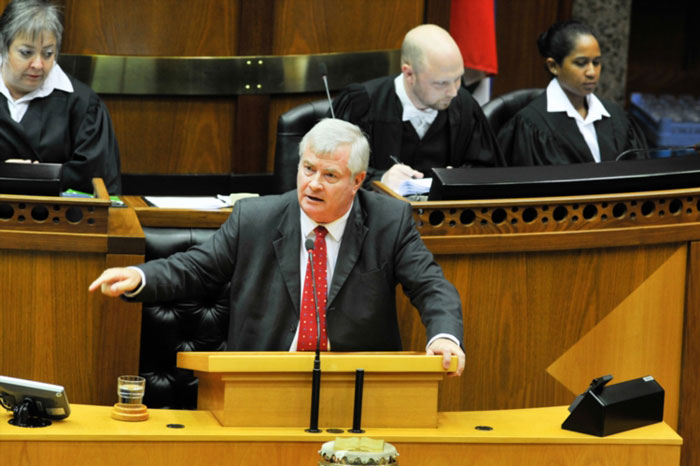 Speaking during the second day of the joint sitting of Parliament on Wednesday debating the president’s State of the Nation Address (Sona), Groenewald caused a stir when he said radical economic transformation, as outlined by Zuma as a key priority of government this year, alienated white citizens.

“If I refer to your policy or your radical socioeconomic transformation, honourable president, you just said what the ANC said in their [NEC] lekgotla that you want to replace a capitalist economy with a governed, managed, developmental economy,” he said, before delivering scathing criticism of Zuma’s management of the economy.

“I can tell you, honourable president, if that is going to happen, then the economy is going to be bankrupt,” Groenewald charged as points of order came from ANC beaches.

He said affirmative action policies were obstructing economic growth in the country.

“I want to say to the honourable president, if you want economic growth to create jobs, put a moratorium on black economic empowerment and affirmative action, then you will get the growth.

“Lastly, honourable president, what do you have against white people in SA?

“Are you then surprised when 11 people this month alone were killed on our farms … I say it is a shame, and you must stop misusing white people for your own inabilities.”