It's still not clear how damages the Auditor-General says were only about R50K ballooned to nearly half a million rand. 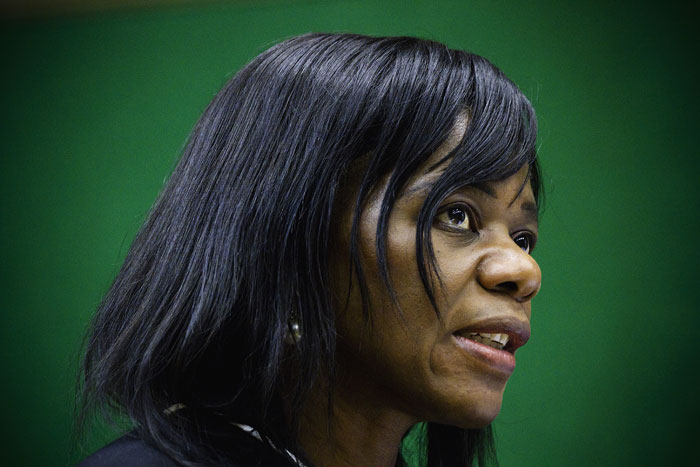 Former public protector Thuli Madonsela on Friday described her hurt and sadness at the reputational damage she suffered after her successor announced to the world that she would be charged about R450 000 for issues relating to her state vehicle.

New Public Protector Busisiwe Mkhwebane announced at a press conference earlier this year that Madonsela would be charged this amount for allegedly using her official BMW longer than she was allowed to and for a crash her son had while driving it without her permission.

“I must have been more hurt than I realised,” Madonsela told Saturday Citizen. “I could say that I wish I had never been accused of delinquently disappearing with a state vehicle only for the truth to be revealed later after the reputational damage.

“I could say I wish administrative justice prevailed regarding the car crash matter instead of announcing guilt first, then committing to seeking answers. But I know life is not the way it should be, it is simply the way it is.”

Last year, she was led to believe the Auditor-General (AG) found Madonsela was not liable to pay for the damages to the vehicle as her son had been driving it  without her permission. He later clarified that no recommendation was actually made on this, though at the time the damages actually amounted to just over R50 000. The AG, Kimi Makwetu, said that an investigation would be warranted of how the amount Madonsela was eventually charged increased nearly tenfold.

He said that such a high amount was not raised before. It started out being just R53 000.

Makwetu confirmed Madonsela did raise the then R53 000 costs attached to the crash as part of an audit query and his office processed that query.

“It is correct that the matter was cleared pertaining to that R53 000, because we as auditors walked away satisfied that they had responded and committed to implementing our recommendation as an institution.”

“What concerned me most was what appeared to be the cruel fate of staff members I had worked with closely.

“But I have made peace with everything, knowing that life has a way of taking care of everything in a manner that ensures that justice eventually prevails.”

Upon taking office, it was reported that Mkhwebane had changed the television news channels at her office from eNCA to the Gupta-owned ANN7.

Later, reports indicated that a number of staffers close to Madonsela had been “pushed out” of the public protector’s office.

“It’s difficult to be confronted with injustices without the authority to resolve it,” Madonsela said. “It’s been difficult to deal with complainants whose matters were almost, but not quite, complete, as they keep asking me for answers despite my referring them to the institution.”

Despite the challenges, she added that there had been a number of highlights since she left office, such as setting up the Thuli Madonsela (Thuma) Foundation and spending time abroad.

“In mid-December I started with the Harvard Advanced Leadership Fellowship and, in mid-January, I moved to Harvard in Cambridge where I am resident for the year.

“My speaking engagements took me to Panama, the Netherlands, Thailand, Kenya, Germany, Austria and my orientation at Harvard in December was part of my gruelling itinerary,” she said.

“Apart from the joy of being in an intellectual and innovative environment, I enjoy spontaneous democracy dialogues with young people. The aim is to empower people to make democracy and the rule of law work for them.”

Madonsela has made a committment to join the University of Stellenbosch as its chair of social justice in 2018.

Only Zuma can take SA out of its state of paralysis, says Madonsela