Sassa grants: ‘It mustn’t be an April fools’ joke’

As time runs out for Sassa, forgotten citizens continue to battle everyday challenges.

On a very hot summer afternoon in Johannesburg, 70-year-old Roselin Maseko is about to embark on a 4 kilometre walk to buy paraffin as her corrugated iron shack has sunk into darkness.

Kliptown in Soweto has been without electricity for two days as the main substation blew up, leaving Maseko and thousands of residents in the informal settlement hamstrung. Without electricity, Maseko cannot cook for her two unemployed daughters and five grandchildren, who are all financially dependent on her.

The search for paraffin is not only a grave inconvenience for her frail legs but also her wallet, as the pensioner is about to shell out R9 for a litre of paraffin, which she didn’t budget for. She relies on government’s monthly social grant payments for survival – receiving an old age grant of R1 510 and R1 800 in child support for her five grandchildren (R360 each) to supplement the household income.

Maseko is oblivious to the fact that the South African Social Security Agency (Sassa) has yet to seal a deal that will allow incumbent Net1’s subsidiary Cash Paymaster Services (CPS) or another player to carry on making payments to 17 million beneficiaries come April 1. Government officials still cannot explain how grants will be distributed.

“If we don’t get our grant we would be deep in poverty. It would be like the old days of apartheid when the government would skip grant payments for many months. Life in Kliptown is already bad,” says Maseko, a former domestic worker who has been retired since 2008.

Kliptown is one of Soweto’s oldest townships and played a key role in SA’s transition into democracy, as the Freedom Charter was signed in the area in 1955. What stands today are dilapidated and abandoned buildings that are reminiscent of a once-thriving retail district that supported neighbouring townships such as Diepkloof, Pimville and Orlando.

With a population of 7 458, according to the 2011 census, Kliptown’s unemployment rate is more than 60% (as claimed by residents). Most senior citizens are retired from their jobs as domestic and factory workers while the young loiter on streets or search for menial work.

Three blocks from Maseko’s home, 69-year-old MaDlamini is confident that she will receive her payout. “The government would never make that mistake of not paying us. It mustn’t be an April Fools’ Joke. There would be a lot of violence if we are not paid,” she says. MaDlamini supports 26 grandchildren on her old age grant, and only receives a child support grant for three of her grandchildren. Most of their parents have passed away. Other grandchildren are unemployed or over the age of 18 and don’t qualify for the grant.

“The grant money only lasts for three days. Sometimes you find that there is no food in the house.” The lion’s share of MaDlamini’s grant payments is dedicated to funeral policies, which she deems as important.  “What will happen if I die? I want to make sure that my family doesn’t suffer from funeral costs.”

Using Statistics SA and Sassa data, research firm Capital Economics estimates that more than 45% of households receive social grants and a disruption in grant payments is expected to reduce consumption by 0.4 percentage points of SA’s gross domestic product per month. This is based on the economy’s reliance on consumer spending in light of a low household saving rate. 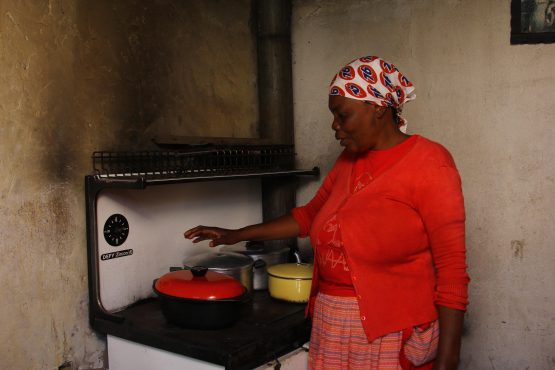 “Even with these increases, we don’t believe that this grant money is helping us as it’s too little. If you look at the prices of food, they keep rising,” says Ngobese.

Ncongwane agrees with Ngobese, saying that their payouts are reduced by unauthorised deductions, estimated to be R200 in some cases. Human rights organisation The Black Sash has documented many complaints of unauthorised deductions from Sassa beneficiaries’ accounts for loan repayments, airtime, water and even electricity – allegedly sold by other Net1 subsidiaries using the confidential information given to CPS. 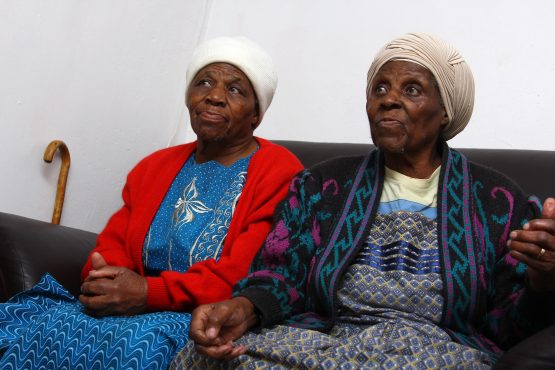 For now, Ncongwane says the most vulnerable citizens are forgotten. “We are constantly put on the side. As old people, we are the ones who worked for the country’s democracy. I don’t see a change at all in this country, it’s getting worse even in a democracy.”