' I felt like this list has been developed somewhere else and it’s given to us to legitimise it,' Mantashe says. 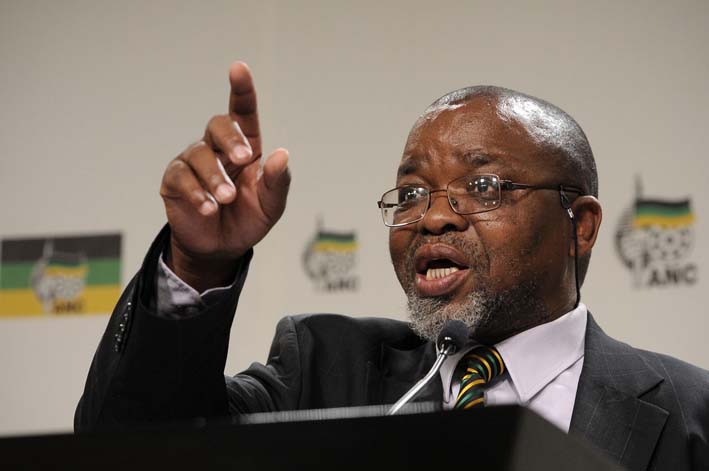 Mantashe on Friday morning suggested the governing party’s top six leadership had been duped into rubber stamping a list of Zuma’s reshuffled Cabinet that was “developed somewhere else”.

“We were given a list that was complete and my own view as the secretary-general. I felt like this list has been developed somewhere else, and it’s given to us to legitimise it.

“And my own view is that I’m very uncomfortable because areas where ministers do not perform have not been touched. Ministers have been moved, and the majority of them were good performing ministers. I’m very much uncomfortable with it,” Mantashe told Talk Radio 702’s Xolani Gwala.

“I can’t be happy with that. The finance minister was a hard worker. I’m not casting aspersions on the new finance minister…They [Gordhan and Jonas] always come out to be good … but the process has made me jittery and uncomfortable. The president knows the ANC is not happy with the changes‚” he added.

Following months of widespread speculation and market uncertainty, at midnight last night Zuma swung his axe at Gordhan and his deputy, Mcebisi Jonas, despite objection from some leaders of the ANC’s top six and its tripartite alliance partner, the South African Communist Party.

Earlier this week, Gordhan and his Treasury delegation were ordered back to the country from an international investor roadshow in London after Zuma rescinded permission for the trip.

It is understood Zuma relied on a bizarre intelligence report that purported Gordhan and Jonas had embarked on the trip to plot with foreign investors to discredit his administration and topple him from power.

He sacked five ministers and two deputies, but his allies in Cabinet, Bathabile Dlamini and Faith Muthambi – now reshuffled to the department of public service and administration from the communications ministry – were spared the ax.