WATCH: Gogo tells ANC campaigners where to get off

She tells the campaigners that they are busy driving big cars while the people go hungry. 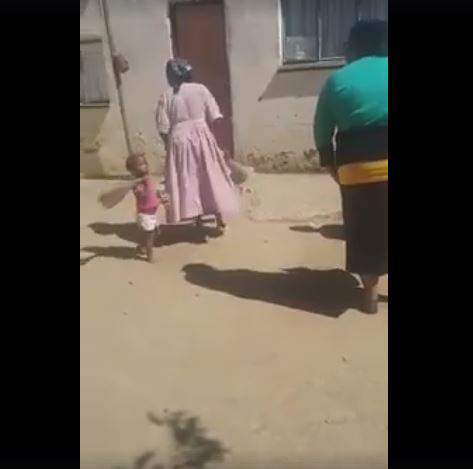 There is an old video of ANC campaigners visiting an elderly woman at her home that has resurfaced on social media. In the video, two campaigners can be seen entering a house to find the granny sweeping her yard. She does not even wait for them to start explaining why they are there. She immediately starts talking to them and asking them to leave her house.

She says she does not want anything from government, showing them her house, which she said was built by the apartheid government. The house has survived through the storms and is still standing, unlike the house recently built by government, she says.

“Go government, leave my house. I don’t want government, and I’m not interested in it,” she says in isiZulu.

She further complains about the “big” car the campaigners were driving, saying they drive big cars while the people go hungry. Their kids are unemployed even though they have finished their studies, she says.

She further talks about a certain Gumbi, presumably a councillor in the area, saying she will always support him, as he has always been part of the community.