The Citizen understands that the bus company’s newly appointed board suspended Makoele yesterday morning following forensic investigations uncovered by this newspaper, which details alleged unlawful transactions amounting to millions of rands that have been paid to contractors. 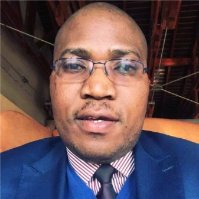 The new board was appointed in March.

“Appropriate action will be taken accordingly to investigate the allegations and the findings will be communicated when all processes are finalised,” she said.

The Citizen can reveal that Makoele could face criminal charges, following shocking findings of millions in illegal payments he allegedly authorised as the Metrobus acting chief financial officer.

Makoele was appointed as acting MD of Metrobus earlier this year after Mavela Dlamini vacated the position last year, despite the damning findings in at least three forensic investigations by auditing firm Nexus.

Some of the investigations date back three years. Recommendations in the forensic reports call on the bus company to recover all monies authorised by Makoele from him personally. Asked about Makoele’s suspension, Metrobus spokesperson Nkosinathi Nkabinde denied it.

“The board of directors will be dealing with this issue [on Tuesday]. He is working as an acting MD of the Metrobus,” said Nkabinde.

Makoele has apparently been facing an internal revolt by his executive team, which wrote a memorandum to Kani and her board complaining about his alleged improper conduct. In the memorandum submitted to the board on May 12, Makoele’s executive complained that, among other allegations, he was accused of awarding a R3.2 million contract to a company without going on tender, as stipulated by law.

Despite instructions by the board during the May 9 meeting to cancel the contract, Makoele allegedly insisted that the company be paid the very next day.

The board was apparently also told that the relationship between Makoele and Metrobus CFO Zane Mheyamwa was strained.

When The Citizen put questions to Makoele about the allegations, he requested that he be phoned back in “five minutes” – but he did not take any further calls.

Metrobus still relies heavily on the department of transport for financial support and is struggling to put in place a stable and reliable revenue collection system.

The bus company transports 95 000 commuters around the city on a daily basis. The financial misconduct allegations against Makoele come amid a crusade by Joburg mayor Herman Mashaba to rid the city’s state-owned companies of corruption.

His office said his administration “takes allegations of corruption seriously”.