CPS shareholders appear to have pushed Belamant out to reverse reputational damage caused by utterances and several allegations of unethical business practices. 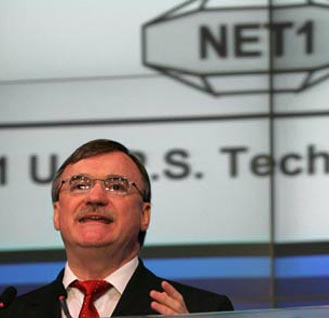 Net1 has confirmed Serge Belamant, CPS chief executive, has opted to retire early to “facilitate changes to the company’s operating and management structures and also noting the views expressed by certain of the company’s shareholders”.

Belamant caused a media storm earlier this year before the ConCourt hearing that extended the company’s irregular contract with the department of social development and the Social Security Agency (Sassa) by a year.

He told a media house his company was the only one that possessed the technical expertise and technological infrastructure to execute the tender, unless government planned on using “pigeons”.

He also rubbished Post Office’s suggestion that its network of outlets, some located in some remote parts of the country, could partner with government to guarantee a smooth handover in 2018.

It is understood that shareholders, including Allan Gray and World Bank’s International Finance Corporate (IFC), were worried about the reputational damage allegations of unethical business practices were bringing to the company’s brand.

Belamant will remain a consultant to the company for a period of two years, while current CFO Herman Kotze will act in the position until a permanent replacement is found.

Responding to The Citizen’s query on whether the company was compliant with employment equity requirements, Net1 said: “Cash Paymaster Services (Pty) Ltd is 12.5% owned by BEE shareholders.”

“Our succession plan is based on the internal training and development of our black management members, who already constitute 88,65% of management staff members,” the company said.