The fight will go on until contract staff are made permanent employees as per insourcing agreement of 2016, workers’ representative warns. 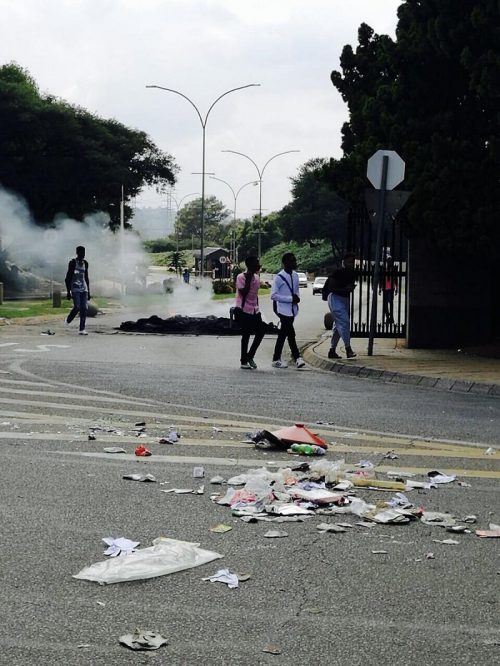 Outsourced workers at the University of Technology (TUT) are threatening to shut it down on Monday unless management agrees to make them permanent employees of the institution.

The outsourced contract workers, who include security guards, cleaners and catering staff, have been on strike since Wednesday.

Now they are vowing to prevent the varsity from operating normally until this demand is met. Last year, TUT signed an insourcing of services agreement with the National Education, Health and Allied Workers Union the National Tertiary Education Union (NTEU), TUT Central Student Representative Council (CSRC) and elected representatives of the TUT contact workers. The agreement has since collapsed.

Yesterday the workers’ representatives met with varsity management, but no agreement was committed to paper. Japhter Mokoena, who was in the meeting, said management promised to add two months to the contracts of Smada Security Services and Mafoko Security Services before their contracts are terminated.

Mokoena said the strikers were advised to go back to work by Monday, but they had refused to do so without written agreements between themselves and the institution.

Speaking at a picket in front of the TUT Pretoria Main Campus, the workers’ spokesperson, Austin Mofyoa, said they were disappointed at how TUT’s council and management were dealing with the insourcing of various categories of workers on TUT campuses.

But Mofyoa said the fight would continue until the university implemented the insourcing plan it agreed to last year.

“If we don’t fight and stand in solidarity a lot of people will lose their jobs and we are not going to allow that,” he said.

The Economic Freedom Fighter Students Council has pledged to back the contract workers in their fight against outsourcing.

Mofyoa said they wanted CSRC, Nehawu and NTEU to intervene and put pressure on the university to stick to the insourcing agreement that was made in 2016.

R3.4bn newly built dam filled to capacity, but residents have no water