Implicated companies accuse Mkhwebane of failing to interview them 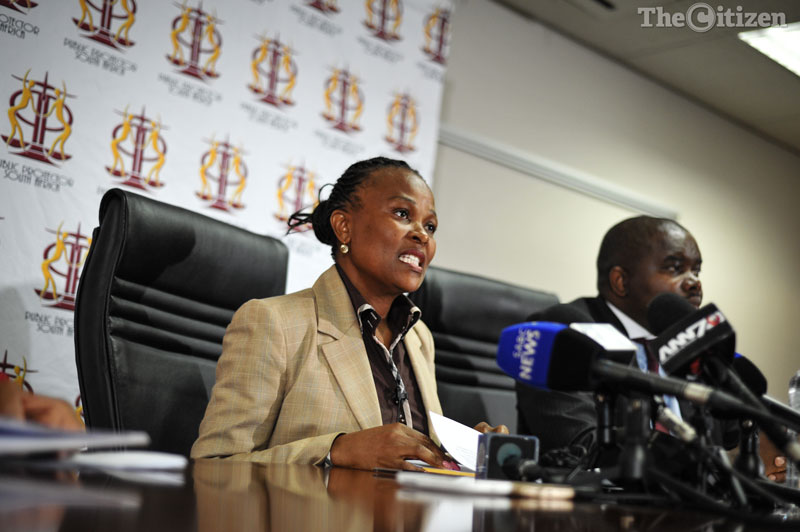 Several companies implicated in the Bapo ba Mogale R240-million fruitless expenditure scandal have accused the public protector of cutting corners by failing to follow due process when carrying out the investigation.

In the executive summary to the report, Mkhwebane stated: “The investigation process consisted of interviews and meetings; correspondence with the Bapo ba Mogale administration; forensic auditors, quantity surveyors and the department.”

As it happened with the public protector’s damning report into Absa/Bankcorp saga, several implicated companies passionately argued that the first they heard of their alleged roles was during the press conference the office of the public protector convened to release the findings.

On the findings implicating ProjexConsult, Mkhebane ordered North West Premier Supra Mahumapelo to initiate a process, with the assistance of the special investigation unit, to recoup “the payment of an amount of R8 705 233.85 million” paid for the construction of the “palace complex”.

Wayne Mahnecke, the owner of ProjexConsult, sounded flustered when contacted by The Citizen, saying he was employed as a “project manager” on the shoddy construction work.

Indicating that he ran a small company with limited time to devote to the matter, Mahnecke said he signed a contract with the Bapo ba Mogale authority, and even though he was still “owed a small amount of money”, that was the first time he heard the public protector investigated the matter.

A senior manager from Nkambule and Associates, a Pretoria-based company accused of being remunerated R20 million for “construction of trunk roads in Wonderkop and Greater Bapong”, protested that, had the office of the public protector contacted them, the company would have been able to provide documentation and proof showing that they constructed several roads in the area.

Karabo Dube, the founder and CEO of Mosiamise business consulting, a company that provides “advisory services to traditional communities” accused of pocketing R5.1 million for consulting work that included, among other tasks, the review of mining activities and consultants, was aggrieved by the report.

The public protector ruled that “no tangible output on these services could be provided”, a statement that sent Dube up the wall. He said: “I work with communities, and this is going to taint my reputation. I was never contacted by anyone. For that, I have referred the matter to my lawyer.”

Queens Buildings Construction, another Pretoria firm expected to reimburse the ‘D Account’ with the R13 million paid to them as “project managers for construction of the multipurpose centre”, told The Citizen, through several irate staff members, that “it doesn’t make sense”.

Efforts to get hold of Nhluvuko civil works, directed to repay R78 863.73 million “on the construction of the palace complex”, were unsuccessful despite several emails and phone calls. The remaining companies’ contact detailed sources online were inaccurate.

Cleo Mosana, the spokesperson for the public protector, denied the allegations and insisted that the only credible indicator of the allegations would be if the companies submitted affidavits to her office.