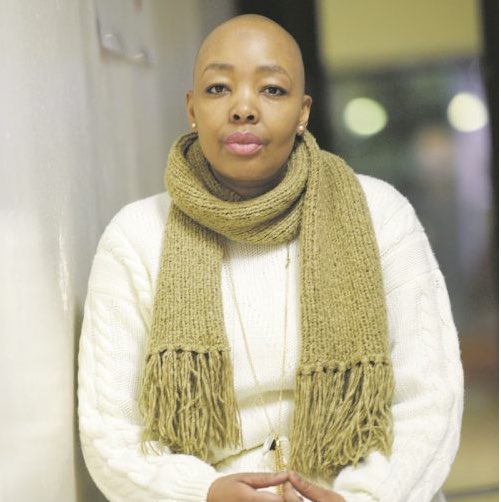 Sedibeng FM's Morning Glory host Monosi Motloung pose for a photograph at Vaal in Johannesburg, 23 July 2017, appears strong despite being diagnosed with cancer a few years ago. Picture: Nigel Sibanda

As if it was not enough to deal with epilepsy, Monosy Motloung had to endure more sad news a few years ago after she was diagnosed with cancer.

Known to many of her listeners as the “Warrior” because of her fighting spirit, Motloung does indeed act like a warrior.

Saturday Citizen recently visited Motloung at the Sedibeng FM studios in Vanderbjilpark, south of Johannesburg, where she hosts a mid-morning show. As she walks out of the studio after playing out with the last song on her show, confidence can be seen written all over her face.

Asked how she is doing, she confidently replies: “I have never been better … in fact I just had a great time on air.”

This is the same person who was due for a chemotherapy session, but could not go through with it after receiving devastating news from her doctor, who said part of her heart had swollen. She recalls the morning she was told to return to Chris Hani Baragwanath Hospital.

“As much as I’ve maintained strength throughout this difficult journey, that morning when the doctor told me about my heart condition, I cried in disbelief and the first person who came to my mind, was my mother who has been very supportive throughout … she has been my pillar of strength.

“What made me feel even more sad, was when the doctor said he has no choice but to prescribe costly medication for me but my mother, who takes care of me, my 10-year-old son and my brother, said she will make a plan,” she said. Just like her peers, Motloung does not receive a salary or stipend at Sedibeng FM, but stresses that radio is something that keeps her going.

“Yes, there comes a time when I really start worrying about the extra cash I might need for medication, but I try not to think about that and try my utmost to focus on my radio work.

“I long ago decided not to feel sorry for myself because as much as I’m the one who has had to travel this painful journey, I have realised that this is not my battle, this is not my fight but that of the people who really care and have been supportive over the years and that’s my mother, Pinkie, my son, Tshepiso and my brother, Tshepo,” says Motloung.

Although she stresses that she does not want to be seen or be treated as if she is a “charity” case, Motloung admits that sometimes the lack of her ability to generate cash impacts on her health and her life in general as there are special foods that she has to eat. She is also forced to completely stay away from dairy products.

One of Motloung’s big wishes is to be an ambassador of cancer and she hopes big companies will come on board and assist her with supporting those who have the disease. She recently went back to hospital where she was able to go through another chemotherapy session, despite only a small improvement to her heart condition.

Chemotherapy is used to treat cancer and it is something Motloung has to go through for at least another six months. She says the after-effects of every chemotherapy session leaves her weak, vomiting and, most of the time, she does not have appetite for anything.

But she is inspired by her son, who reminds her that everything will be okay and that she will be healed.

“I just can’t wait to complete the chemotherapy sessions,” she says.

Motloung can be reached via e-mail at monosym@gmail.com