Woman sentenced to 20 years in jail for her parents’ murder

She claimed that her boyfriend had suggested murdering her mother and she agreed after an argument with her mother on Christmas Day. 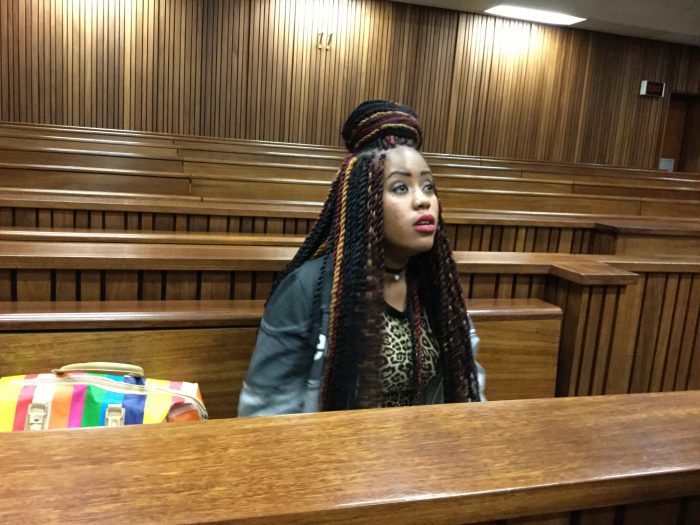 A young woman who watched as her mother and stepfather were murdered in their Capital Park home on the Day of Goodwill in 2015 seemed unperturbed after being sent to jail for 20 years.

Judge Neil Tuchten said yesterday in the High Court in Pretoria that Bonolo Gwendolene Lekalakala, 21, had no remorse about her evil deeds, was not a candidate for rehabilitation and had it not been for her youth, her crimes would have demanded life sentences.

He sentenced her to 55 years’ imprisonment, of which she has to serve 20 years, for the murder of her mother, Evah, 49, and stepfather, Piet Beetge, 59, and for robbing them of their cellphones, cash and other goods.

Lekalakala admitted conspiring with her boyfriend, Tapelo Molokomme, and his friend, Kgangelo Rapelogo, to murder her parents. The two are to go on trial separately.

She claimed Molokomme had suggested murdering her mother and she agreed after an argument with her mother on Christmas Day.

She convinced her mother and stepfather to let her stay at their home that night and then tried to poison them before letting the executioners into the house.

She stood by as the men strangled her mother and stepfather and attacked her stepfather with a brick. The bodies were later dumped in a river “like trash”.

Tuchten said although Lekalakala admitted guilt, her motive remained a mystery. She expressed no remorse and did not respond to the grief expressed by her stepfather’s family.

Because she did not testify, there was no room for a finding that her boyfriend had influenced her and the conclusion was that they were at least equal partners in the evil deed.

She had manoeuvred her way back into her parents’ house through deceit, tried to poison them and disabled their defences.

She let the executioners into the house, provided them with the instruments of murder and tried to help them escape justice by reporting her parents as missing.

Tuchten said it was worrying that Lekalakala had brought catastrophe to two families, but he did not know why she did it.

Alcohol, drugs, extreme poverty or even greed played no part. He found mitigation in her guilty plea and youth, saying there was perhaps a spark of humanity in her which long imprisonment and counselling might nurture and bring to flower. – ilsedl@citizen.co.za