It seems to have cost taxpayers a lot of money to create thousands of pointless holes in the ground. 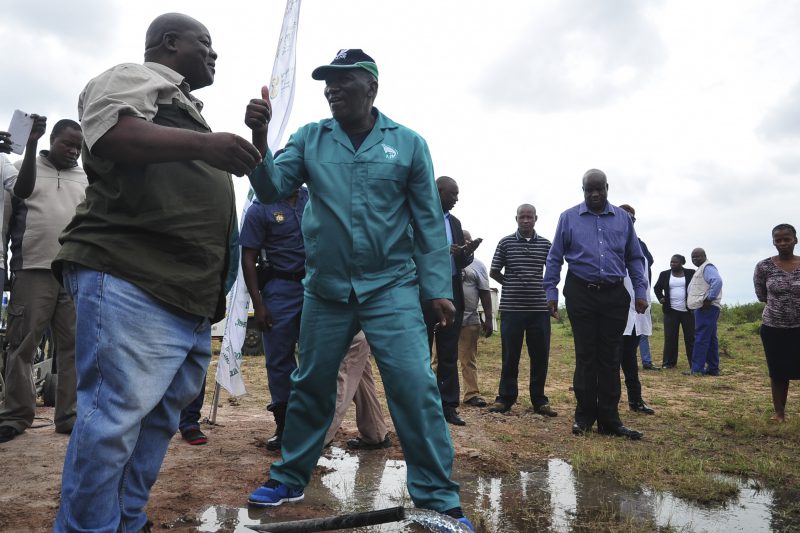 Deputy minister of agriculture, forestry and fisheries Bheki Cele during a visit at a new bore hole in a drought affected area in Hammanskraal on 14 March 2016. Picture: Christine Vermooten

The National Council of Provinces (NCOP) is baffled that of 4 820 boreholes drilled by the department of water and sanitation and the Mopani district municipality, over 3 000 did not provide a single drop of water.

To make it worse, they charged more for these useless boreholes than is customary for ones that produce water.

The boreholes were drilled after Water and Sanitation Minister Nomvula Mokonyane recommended that provinces hard-hit by drought should resort to using ground water.

The council, which spent the better part of the week visiting government projects in the province, also established that service providers in Limpopo charged the provincial department of water and sanitation and the Mopani municipality a fee of R1.5 million to set up a single borehole.

“We will definitely take the matter forward with the relevant department to establish if there was any foul play,” said NCOP chairperson on water and sanitation Lulu Johnson during a site inspection in Tzaneen last week.

“We also need to know how payment to service providers was effected and whether all supply-chain management policies where followed,” said Johnson.

“We would want to establish the kind of relationship the appointed service providers have with those awarded the borehole tenders,” Johnson said.

He said the council had asked for detailed information about steps taken by the authorities after more than half of the boreholes drilled in the region had no water.

“It looks like heads will roll here. If any government official, entrusted by the residents to deliver the rightful services to them, is in any way conniving with service providers, he or she must just come clean and let the might of the law take its course,” he said.

Water and sanitation department spokesperson Sputnik Ratau said yesterday Mokonyane’s office said on average, the price of setting up a borehole could vary from R80 000 to R300 000.

“Factors that could lead to a borehole not having water after drilling are the dropping of the water table below usable levels, lack of capacity and infrastructure, and a lack of electricity supply.

“But it must also be borne in mind that South Africa in general is a water-scarce region.” – alexm@citizen.co.za