More than 2m people go to bed hungry in Limpopo

Democratic Alliance says the ruling party is 'not doing enough' to alleviate poverty. 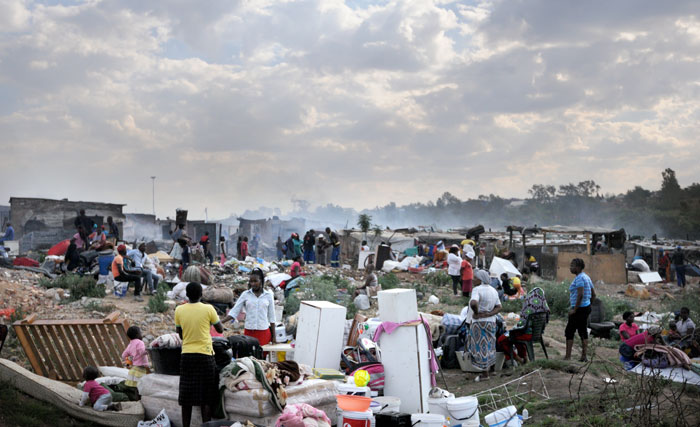 More than 2 million people in Limpopo live below the breadline, even though the province is surrounded by enterprises from three pillars of the SA economy: mining, tourism and agriculture.

MEC for economic development Seaparo Sekoati says many of the people in the province are illiterate, which contributes to the poor economy. Statistics SA recently announced that 51% of South Africans are living in poverty, the majority of whom were African and children.

The DA said yesterday that at the next sitting of the Limpopo legislature, it would submit a motion of notice to debate the latest poverty trends in South Africa which confirm that Limpopo was consistently one of the provinces with the most poverty between 2006 and 2015.

The DA said the Poverty Trends report released this week by Stats SA proves the ANC government in Limpopo under Premier Stan Mathabatha was failing the people as they were living in abject poverty with high rates of unemployment and no hope of government assistance.

“According to the report, more than 72% of Limpopo residents live under the upper bound poverty line (UBPL), meaning they earn R992 per month,” said DA provincial leader Jacques Smalle yesterday.

“This effectively means 886 400 of households in Limpopo are living under the UBPL and 2 337 400 people in Limpopo go to bed hungry every night.”

He said the department of education receives the lion’s share of the provincial budget and yet the youth were not being lifted out of poverty.

“The so-called Limpopo Development Plan, as well as the National Development Plan, will remain elusive as long as government and its leaders do not create a conducive environment for business and entrepreneurs to flourish,” he added.

But Sekoati said former bantustans Gazankulu and Lebowa also contributed to the poverty of the province, as did the fact that the majority of the population depended solely on government grants or were workers on farms and in mines. – news@citizen.co.za