It would seem being appointed by the previous administration is not great for your continued employment prospects. 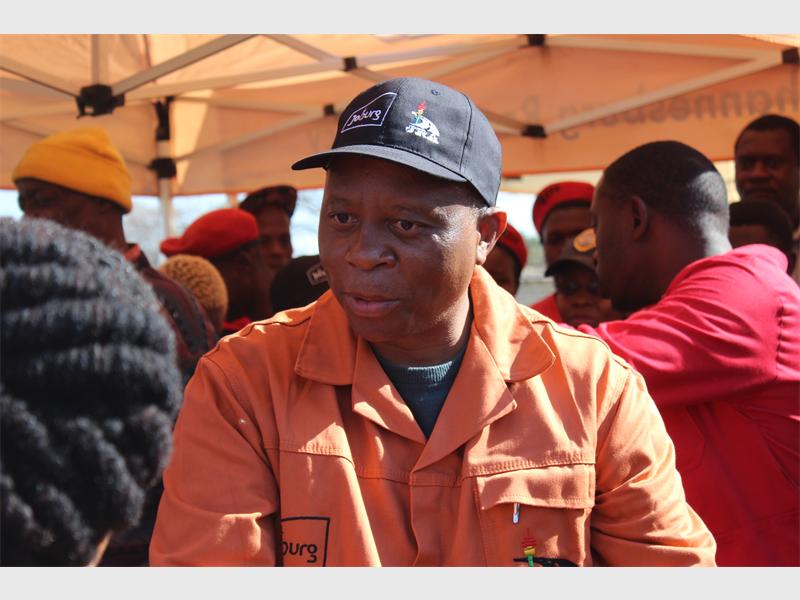 DA leader Mmusi Maimane appeared to admit to the media this week that “Mayor [Herman] Mashaba is firing Section 57 executives [at City of Johannesburg]”.

This statement, made within the context of why the DA chose to vote out the UDM’s Mongameli Bobani as Nelson Mandela Bay deputy mayor, was the first public admission by the DA that the executive mayor of Johannesburg has been on a purging spree against Section 57 executives.

Section 57 of the Municipal Systems Act of 2000 is the legislative framework for the appointment of municipal managers, executive directors as well as executive management teams working within municipal-owned entities. Their fixed-term contracts are ordinarily for a five-year term linked to the term of the council and they sign performance contracts.

For three months The Citizen has unsuccessfully tried to get the executive mayor’s office and various members of mayoral committee (MMCs) to confirm whether they will continue to work with the incumbent executive directors of their departments as well as MDs or CEOs of the municipal entities that fall within their ambit. Most of these people were appointed by the previous administration run by the ANC.

The only communication we were given with regards to appointments was the one about the appointment of city manager Dr Ndovhoniswani Lukhwareni back in October 2016 after a recommendation from a “panel … which included the executive mayor, an external independent expert, the EFF caucus leader and an ACDP councillor”.

It has now been revealed that, over and above the alleged purge of ANC-appointed managers, the city has included the requirement of declaration of party political membership on its job application forms for Section 57 appointments, despite the Municipal Systems Amendment Act of 2011 – dubbed the “Cadre Deployment Bill” – having been declared invalid by the Constitutional Court in March 2017.

The amendments to the act sought to ensure that only qualifications, experience and competence can be considered when appointing senior managers to local councils. The South African Municipal Workers’ Union (Samwu) filed a court application arguing the act infringed on prospective candidates’ right of political association, and parliament was given 24 months in which to bring the legislation in line with the Constitution.

The fact that the City of Joburg is now invoking this requirement, according to a report by The Sowetan, has outraged Samwu regional secretary Bafana Zungu, who argues that the question of candidates’ political affiliation on the forms is irrational.

“Why must one declare their political affiliation?” he reportedly asked.

Zungu also maintained that Sawmu was not consulted on the inclusion of this question on the forms.

The clause has, however, been defended by mayoral spokesperson Tony Taverna-Turisan, who told the publication the question “asks you whether you hold political office, not what party you support” and claimed it was aimed primarily at reinforcing the separation of powers and drawing the line between party officials and state functionaries.

This statement was, however, highly castigated by the official opposition party in the council, the ANC, and several sources The Citizen has spoken to, including axed senior managers fired by Mashaba for what they insist were groundless reasons. They claim Mashaba’s big appetite for purging “ANC deployees” has so far resulted in no fewer than 25 senior managers being removed.

Many of those who remain are on suspension, with some now in such purgatory for more than 90 days. This includes metro trading company MD Zolani Matebese; JRA company secretary Karen Mills; executive director of community development Dudu Maseko; City ombudsman Advocate Sdu Gumede; and head of corporate services Molaudi Khutsoane.

Blake Mosley-Lefatola, currently head of strategy, allegedly only survived suspension because the ANC walked out of a council meeting that rendered it inquorate.

Those whose end-of-term of contract was accelerated by agreement include City Power MD Sicelo Xulu; head of group finance Reggie Boqo; and former Pikitup MD Amanda Nair. Director of investment promotion Reginald Pholo was suspended and charged, but he won his case and has since been reinstated to his position.

Others shown the door include Joe Mazibuko, whose contract as acting head of Joburg Fresh Produce Market was terminated; head of group risk and assurance services Sinaye Nxumalo, who was previously on a month-to-month contract prior to the establishment of General Shadrack Sibiya’s Group Forensic and Investigative Services (GFIS); and former city manager Mavela Dlamini, who was not reappointed as Metrobus MD.

On several occasions when contacted to explain what the suspended employees were charged with, GFIS head General Sibiya and spokesperson Lucky Sindane informed The Citizen that the information requested was time-consuming to package.

The acting mayoral communications director, Luyanda Mfeka, objected to being asked “too many questions” and being subjected to “the process” and, at one point, expressed a wish to have a meeting to discuss “hostile questions”.