‘Dirty war’ against Cyril unlikely to hurt him much – analyst

The factional battles in the lead-up to December's conference are only going to get worse, say experts. 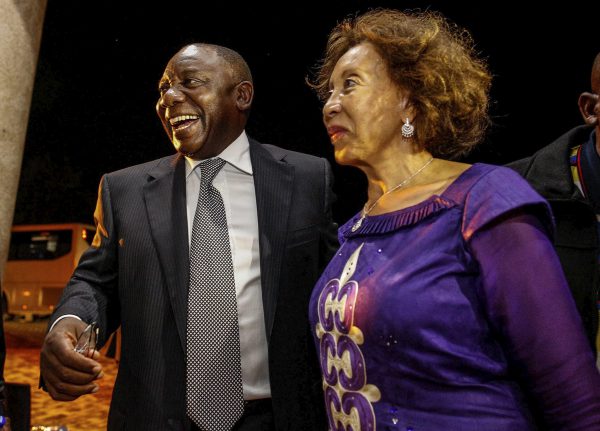 As the gloves came off yesterday in the ANC’s dirty electoral fight – with a report detailing Deputy President Cyril Ramaphosa’s alleged affairs with various women – experts warned it was just a taste of things to come.

The strongest factions – those of Ramaphosa and Nkosazana Dlamini-Zuma – will battle to destroy each other’s credibility as both gun for the top position during the ANC’s national elective conference in December.

Political analyst Ralph Mathekga said there was no doubt that “it’s an all-out fight in the ANC”.

“These e-mails show the extent to which comrades are prepared to go out at each other for a favourable outcome in the elective conference. It shows the level of desperation. The stakes are high. No stone will be left unturned.”

The Sunday Independent reported that it had seen documents linking Ramaphosa to eight women, with whom the deputy president is said to have had extramarital affairs.

The paper further reported he had used three alternative e-mails under pseudonyms – Mambo Dimbanyika, Singo Maberemisa and Mambo Velelambeu – to communicate with the women, some of whom Ramaphosa maintains financially, paying their accommodation and tuition fees.

Ramaphosa said the revelations were similar to the “Stratkom” disinformation campaigns of the apartheid era.

He added: “This operation appears to have access to resources within intelligence circles with the capability to intercept communications and hack private e-mails.

“We now need to confront the likelihood that state agencies and resources are being abused to promote factional political agendas.”

In a last-minute move, Ramaphosa headed to the High Court in Johannesburg on Saturday night with an urgent application to prevent the newspaper from publishing the story.

His legal team argued the article and a series of others planned on the matter would harm his privacy and reputation. But the application was dismissed, leading the newspaper to publish the story.

In a move to offer his side of the story, Ramaphosa admitted to the Sunday Times that he had an affair with a Limpopo doctor, which ended eight years ago – and he had “dealt with it” with his wife.

In a statement, he further stated his private account was “illegally obtained”, and the leaking of the e-mails were part of a smear campaign to discredit him. Mathekga said “we must expect more to come out”.

“We still have a way to go, but the last bombshell won’t be revealed at this point,” he added. “And no doubt there is an agenda. People are using whatever they can.”

But political analyst Daniel Silke said the latest “dirty tricks” against Ramaphosa would not substantively damage his campaign.

“This is a trick tried all over the world. The personal lives of politicians in South Africa have never been an issue that voters take too seriously.

“It would be far more serious if there were financial improprieties.”