Man gets life for killing girlfriend outside her Pretoria office

The deceased's mother says she does not hate the man as it is not up to her to judge. 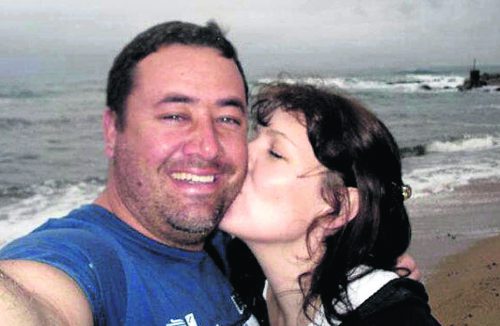 Dawie Connoway, the Bronkhorstspruit businessperson who shot his girlfriend dead outside her office in the east of Pretoria two years ago, has been sentenced to life imprisonment.

The 41-year-old Connoway showed no emotion when Judge Vivian Tlhapi sentenced him in the High Court in Pretoria for the April 2015 murder of Nicolene Schreuder.

Schreuder, 34, died in a pool of blood outside her office in Moreleta Park in Pretoria after Connoway shot her in the head, back and hand.

Connoway earlier told the court Schreuder had been his whole life and he felt “sorry” for her family, but stuck to his version that she had grabbed his revolver from him and “shot herself” during a struggle for possession of the firearm.

The couple had a relationship for four years and stayed together for two years at Connoway’s farm outside Bronkhorstspruit, but she moved out a month before her death.

Connoway claimed she had asked him to come to her office that day to talk about his relationship and that she had grabbed his firearm when he turned to leave.

Tlhapi found that he had concocted the story about the struggle and had planned her murder. She said only Connoway could tell the court what had motivated him and what was in his heart, but he had chosen not to do so and showed no real remorse.

Schreuder’s mother, Roselind, was in tears and hugged members of the ANC Women’s League who were in court to support her. She said she would always miss her child and nothing would ever bring her back.

But she was at least satisfied that the sentence would help other parents who had also lost their daughters.

“I don’t hate him. It’s not for me to judge him, but no one has the right to take someone else’s life. He will have to stand before the Big Judge one day.

“I’m very sad that it had to take such a long time to reach this point. It breaks one’s family, but eventually you have to stand up again and go on.

“I cannot help but feel a bit sorry for his parents, but it was not a spur of the moment thing. He planned it and has to take responsibility for what he did.” – ilsedl@citizen.co.za