Mahumapelo says he cannot harbour hatred for his would-be assassin

The premier has appealed to former Mahikeng local municipality councillor Eunice Legalatladi to disclose the names of others she may have worked with. 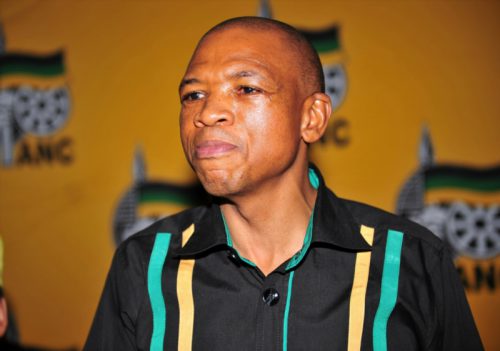 North West premier and ANC provincial chairperson Supra Mahumapelo says he cannot harbour hatred and anger towards the woman who plotted to kill him.

This after former Mahikeng local municipality councillor Eunice Legalatladi, 44, was sentenced to five years’ imprisonment for conspiracy to commit murder by the Lehurutshe Regional Court on Monday.

“As a leader of the ANC, I have introduced Reconciliation, Healing and Renewal (RHR). I therefore cannot harbour hatred, anger and bitterness, despite the fact that I may have been counted among the dead by now,” Mahumapelo told News24 on Monday evening.

The Hawks arrested Legalatladi on December 1, 2014 at Masebudule village outside Zeerust, after she allegedly sought assistance from a traditional healer to kill Mahumapelo.

“The accused appeared at the Lehurutshe Regional  [court] on 28 January 2015 where she was released on R3 000 bail, and made a series of court appearances until ultimately being found guilty,” said Hawks spokesperson Captain Tlangelani Rikhotso.

Mahumapelo has appealed to Legalatladi to disclose the names of others she may have worked with. The premier said his family was not over the trauma.

“My family is still going through trauma because there are other four outstanding cases of people attempting to harm me and possibly kill me,” said Mahumapelo.

He told the ANC provincial general council he knew of at least nine people who wanted him dead.

“I congratulate all the law enforcement agencies for the work done in this regard. This helps in strengthening the confidence we have in these institutions,” said Mahumapelo.