State capture to be probed – ANC

Recommendations of Thuli Madonsela will be implemented. 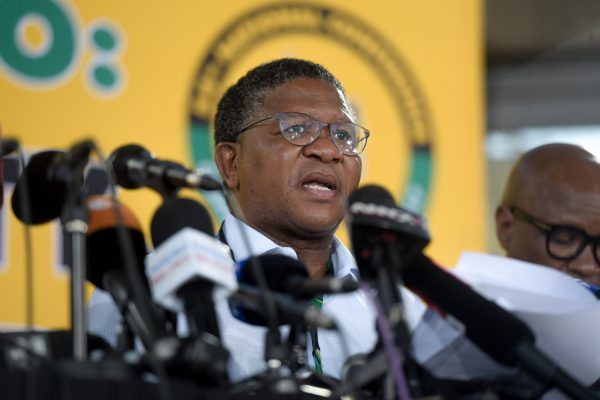 The ANC has resolved at its national conference that a judicial commission of inquiry into state capture should be established and that all the recommendations of former public protector Thuli Madonsela must be implemented.

Head of the ANC subcommittee on organisational renewal Fikile Mbalula in a report said the delegates agreed on the need to establish the commission.

But he did not give time frames nor terms of reference despite calls by some within the ANC that the scope of the commission should be widened to include apartheid era state capture.

However, a large majority, including many South Africans, say the commission should zoom in on the state capture involving the Gupta family and President Jacob Zuma and his associates.

The conference also failed to address the question of who should appoint the commission in light of the fact that Zuma was clearly affected.

Zuma has been engaged in various court battles about the appointment of the commission after Madsonsela recommended in her report, State of Capture, that the commission be headed by a judge chosen by Chief Justice Mogoeng Mogoeng.

Zuma has argued that only he as president has the power to appoint the head of a judicial commission of inquiry.

Madonsela’s recommendation may have been the first to curtail Zuma’s presidential powers, but it wasn’t the last.

Judge Dunstan Mlambo in the High Court in Pretoria recently ruled that Zuma’s power to appoint the national director of public prosecutions be vested in his deputy, Cyril Ramaphosa, as the president was clearly affected due to the 783 criminal charges he was facing.

Yesterday Mbalula also said the ANC will strengthen the party’s ethics committee by giving it the power to deal with unethical conduct by party members.

The committee will be appointed by the national executive committee and would have the power to call members to account for their bad conduct.

So, what’s the hold-up with state capture inquiry?