The two guards were left in shock but unharmed. 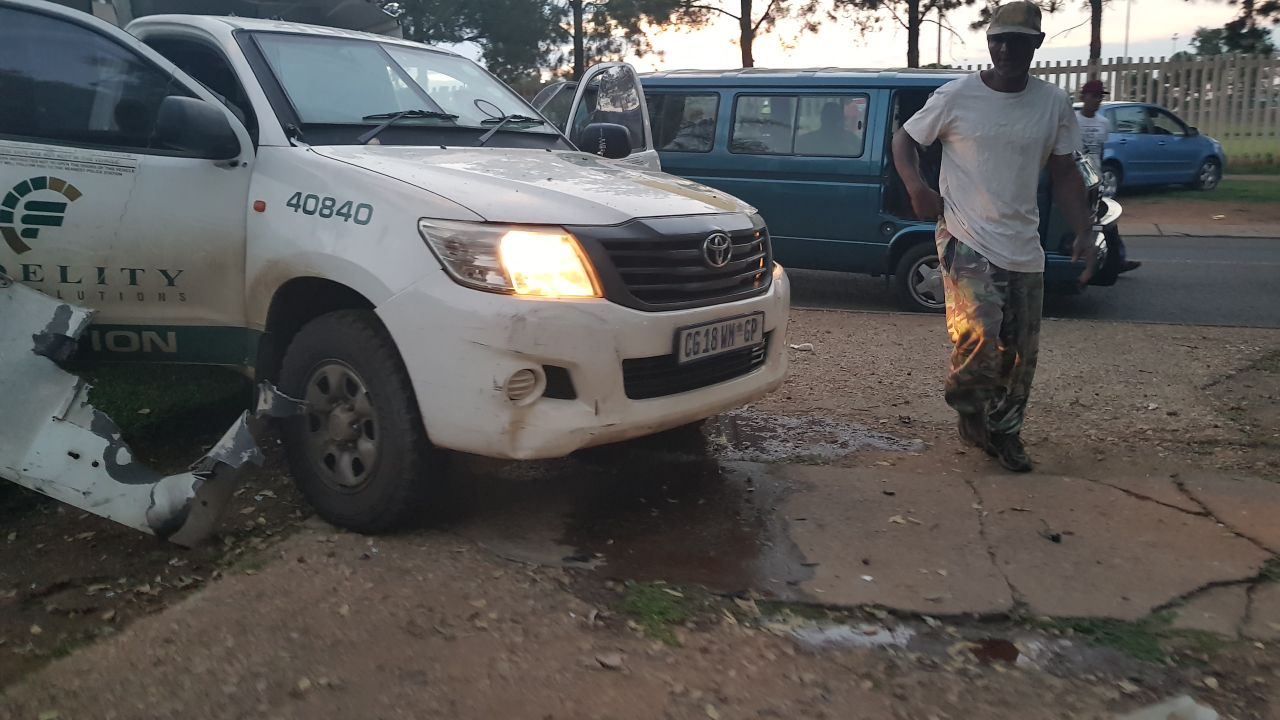 In what is described as a scene from a war movie, a group of heavily armed robbers ambushed two Fidelity guards in Hans Coverdale West, east of Eersterust, and bombed the Fidelity truck ripping it apart and made off with a unknown number of money bags. 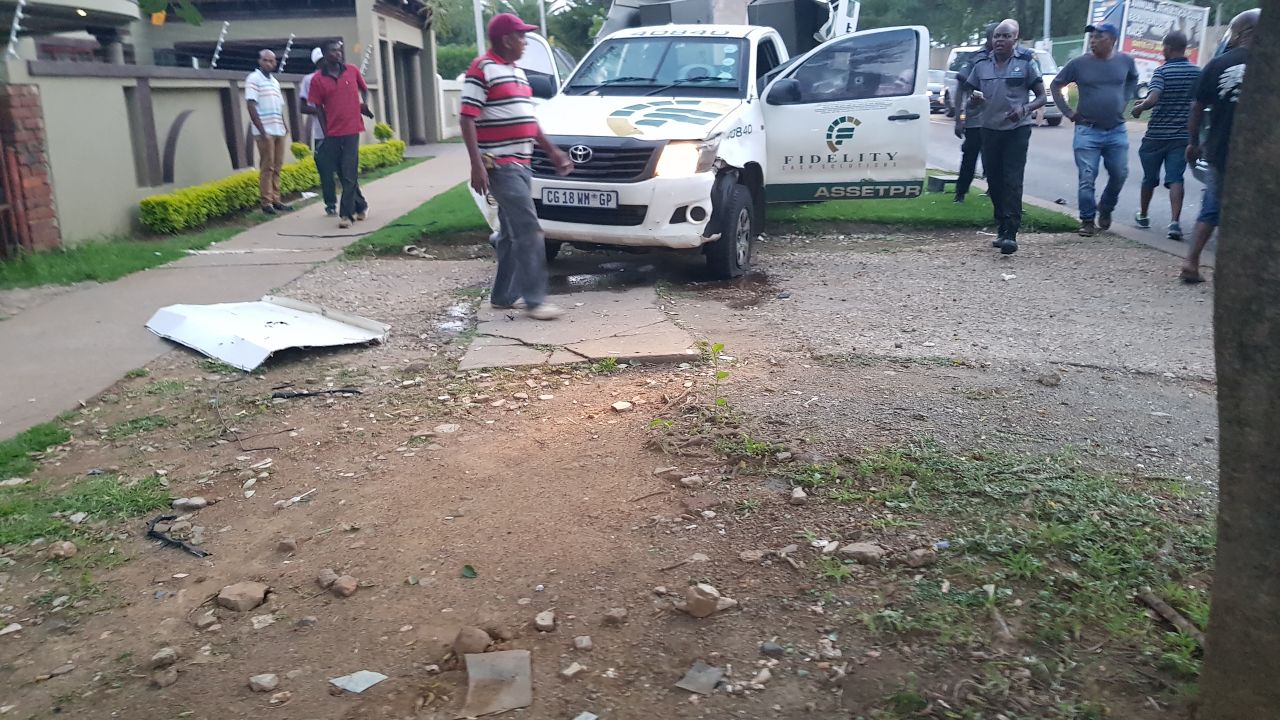 Gunfire ensued between the guards and the robbers, but the robbers got the upper hand.

The two guards were left in shock, but unharmed.

The robbers fled the scene in a white Audi A3 and a white Hyundai.

Gunfire, that sounded like a “war” was exchanged between the guards and the robbers.

“The guards were shocked that people in the street had to give them sugar water to calm their nerves. This was really bad and the guards could have been killed,” one resident on the scene said.

Rose Masemola, the owner of the house where thr truck came to a halt, said she heard a big bang followed by an arsenal of gunfire.

Police were quick to get to the scene, and the guards were transported to a local hospital for treatment. 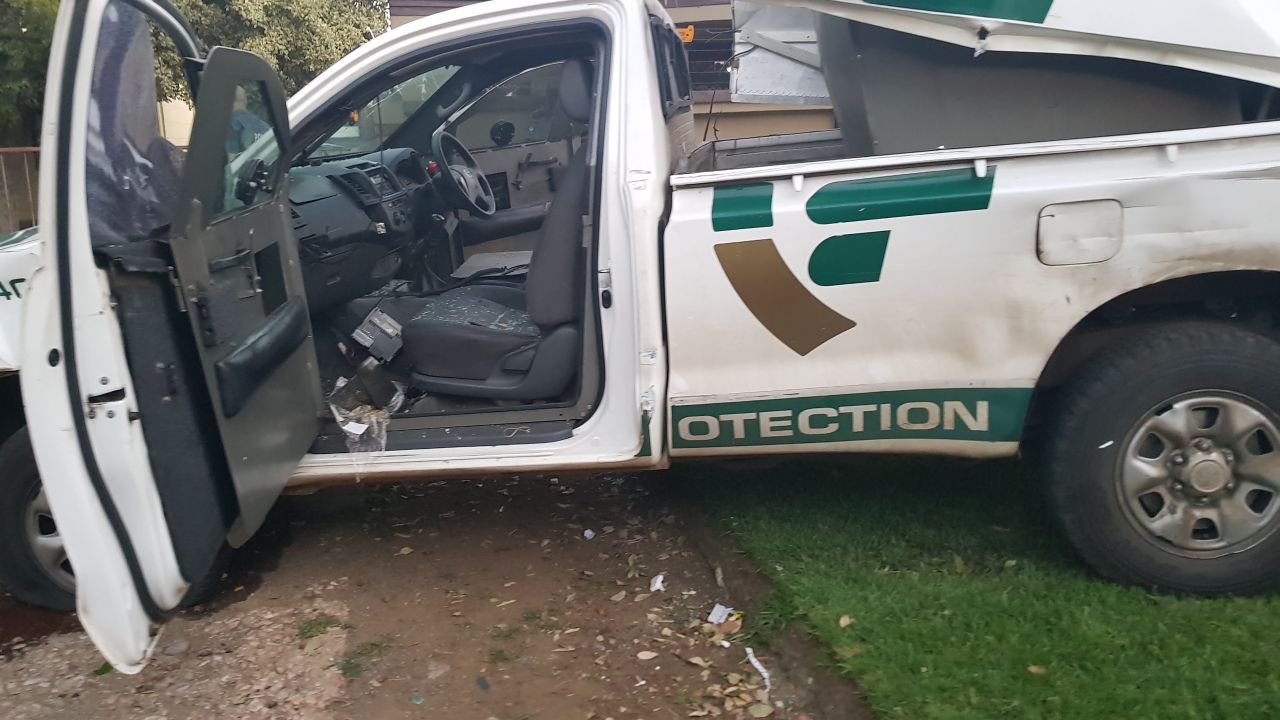 The impact of the bomb causde Masemola’s light to trip and it shattered a shower door and a lightbulb.

“When I heard the loud bang followed by an arsenal of gunfire, I fell flat on the floor because I didn’t know where it was coming from.

“I just thanked the Lord that I was not in the front of my house and that no one was killed,” she said.

She has just arrived him from a holiday with her family.

Police spotted the robber in their vehicles in the Derdepoort/East Lynne area and exchanged gunfire with them.

According to an eyewitness. One policeman was injured in the incident.

The police only confirmed the incident.

Investigations are currently under way on the scene and the street have been blocked off.

According to reliable information the police heard of a possible ATM bomb that was going to be executed and sharpshooters laud in wait near the ATM even blocking off some exits.

But at 16:00pm they left the scene. Three hours later the robbers bombed the Fidelity truck.