The film sparked reactions, especially from members of the Xhosa community, who claim the film violates ulwaluko. A scene from Inxeba (The Wound).

This past weekend’s premiere of the controversial film Inxeba – The Wound had many moviegoers irate and offended at the film’s subject matter.

John Tengrove’s Inxeba (The Wound) is a coming-of-age story about a gay city boy who attends initiation school in rural Eastern Cape, and subsequently refuses to conform to Xhosa expectations of masculinity. While in the mountains, a closeted love affair between his mentor, played by musician Nakhane Touré, and his caregiver affects the shaping of his transition into adulthood.

The film has subsequently caused outrage in the Xhosa community, with many accusing the film of cultural appropriation, as well as violating the sacred initiation tradition, also known as ulwaluko. 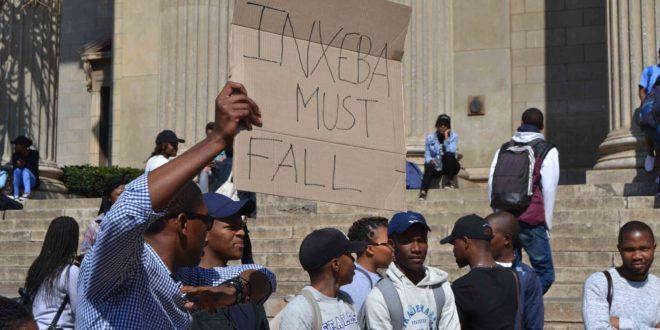 It went so far as for King Mpendulo Sigcaqu, the 12th kind of the Xhosa people, to file an interdict against the screening of Inxeba, and has requested to the Eastern Cape Arts and Culture MEC and the Film Publication Board not to screen the film.

At the Inxeba screening in Walmer Mall, Port Elizabeth, a group of up to 50 protestors gathered at the NuMetro cinema. Cinema manager Mark Whitnall said that at first, the cinema planned to postpone the screening, but later advised that it be cancelled completely.

However, Whitnall emphasised there was great interest from curious moviegoers who want to see the film. “It’s amazing how many people want to see it,” he said.

Protesters moved from Walmer Mall to the Baywest Ster-Kinekor complex, who also cancelled the day’s screenings of Inxeba.

Cinema manager Mlu Sompondo said that the pre-screening of Inxeba two weeks prior to the protests was incident free.

Similar protests were conducted throughout the country.

An intimate scene from Inxeba (The Wound).

Inxeba’s producer, Elias Ribeiro, expressed his disappointment at the film being restricted due to protests. “We are devastated because this now restricts those who want to see the film from doing so.” Ribeiro will be lodging official complaints with the department of sports, recreation, arts and culture, as well as to gay rights forums.

“We are going to do everything in our power to make sure people still get to watch the movie,” he affirmed.

Those who braved the crowds, such as Baywest resident Theo Klass, defended the film. “It’s a complex issue. I agree that we need to preserve the custom [of initiation] but it can’t be [at the cost of] human life.”

Patrons who were unable to see the film, due to protests, have been refunded, Hemingways general manager John McGregor said.

Watch the trailer for Inxeba (The Wound) here: 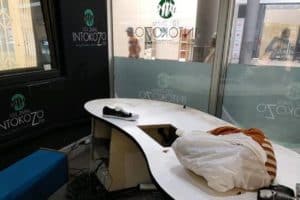 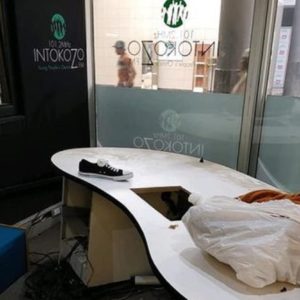 At least four community radio stations attacked and looted in Gauteng, KZN
2 months ago
2 months ago

At least four community radio stations attacked and looted in Gauteng, KZN
2 months ago
2 months ago