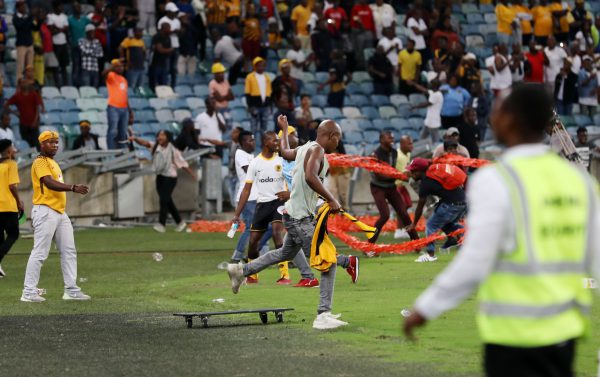 Though the damage to SuperSport’s broadcast equipment during the weekend’s violence at the Moses Mabhida Stadium was “quite substantial”, the broadcaster is still to say exactly how much it will cost to replace the equipment.

SuperSport released a statement yesterday, saying they were deeply disturbed by the violence as it resulted in significant amounts of damaged equipment.

SuperSport spokesperson, Clinton van der Berg, said assessments were still being conducted to evaluate which equipment was damaged as well as the severity of the damage.

“There is quite a significant amount of damage to our equipment and we remain strong with the stance which the PSL has adopted, to engage with the law. We will support the PSL and law enforcement authorities in regard to any criminal prosecutions and other action to be taken,” he said.

Van der Berg conveyed his sympathy to the victims and the families who were deeply traumatised by the events.

“Fortunately, no SuperSport staff members were physically harmed. We will be providing support to those who were emotionally traumatised by the events.”