SAPS on the hunt for follow-home robbery kingpin

It is alleged that not even the arrested suspects know the kingpin’s true identity. 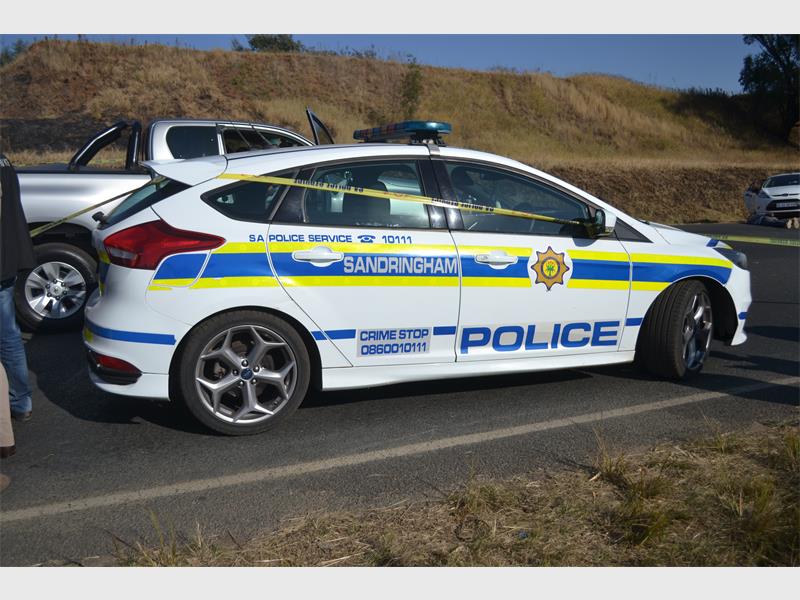 A police vehicle at the crime scene where three suspects were arrested on June 19. They have been linked to an organised crime syndicate.

The arrest of three suspects in Modderfontein last week has put police on the trail of a kingpin known only as Bazala, reports Bedfordview Edenvale News.

Sergeant Sharon Tsotsotso, spokesperson of Sebenza SAPS, said the suspects were believed to be part of a syndicate that focused on follow-home robberies.

Police believe the group consists of five other individuals and Bazala. 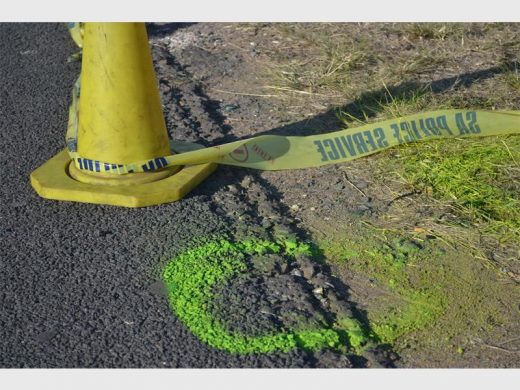 A bullet casing lies on the side of the R25 after suspects opened fire at police officers chasing them on June 19.

“Not even the arrested suspects know the kingpin’s true identity. The group targets individuals who withdraw large sums of money from banks and wear expensive watches and jewellery,” said Tsotsotso.

She said the syndicate identified targets at shopping centres and followed them from there.

“The group has been linked to crimes in Bedfordview, Midrand, Fourways, Sandton and Kempton Park areas,” said Tsotsotso.

They were returning from the Fourways area, where it is believed they were planning a crime. 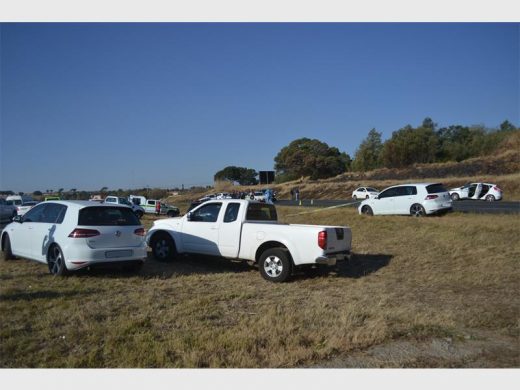 The crime scene where three members of an organised crime syndicate were arrested on the R25 on June 19.

“The trio saw the Hawks in Fourways and fled the area. On the N3 officers started following suspects again,” said Tsotsotso.

Officers gave chase when the men realised they were being followed, and started shooting at officers near the R25 and Centenary Street intersection in Modderfontein.

During the shootout, one suspect was injured and taken to hospital.

Tsotsotso said the injured man was in a stable condition and a fourth man fled the scene.

The men were charged with attempted murder, possession of a hijacked motor vehicle and possession of unlicensed firearms and ammunition. 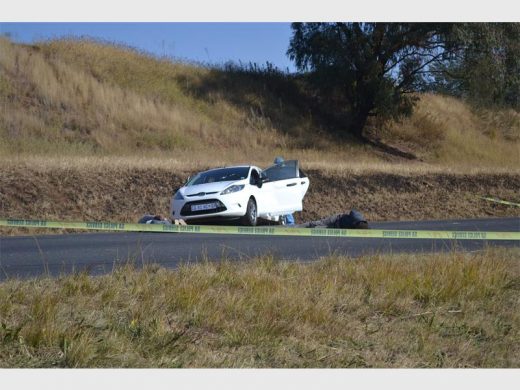 Two of the three suspects arrested on June 19 lie on the R25. The third suspect was injured in a shootout with police and taken to hospital.

“Police are also investigating whether the trio is connected to a robbery which occurred at a Modderfontein restaurant last year.”

They are expected to appear in the Kempton Park Magistrates’ Court soon.

Tsotsotso urged community members with information about the syndicate to contact Sebenza SAPS on 011 400 6000.

“This is a dangerous group, they are always armed,” she said.

Tsotsotso encouraged community members to make use of the following tips to avoid becoming victims of crime:

• Be vigilant while driving.

• Try to be aware if someone is following you.

• Avoid wearing expensive jewellery or watches which could attract the attention of criminals.