A group of between eight and nine suspects entered the reserve on Saturday night. The hunt is on for a poacher believed to have been part of a group of seven others arrested after being caught poaching at Thula Thula Private Game Reserve in Empangeni, KwaZulu-Natal, on Saturday night, Zululand Observer reports.

According to reports, the poachers entered the reserve late on Saturday evening by cutting through the northern fence.

While the poachers killed two nyala and impala, they are believed to have targeted the reserve’s world-renowned herd of elephants.

At the time, members of Thula Thula’s Anti-Poaching Unit (APU) were conducting foot patrols when they heard a gunshot at about 10.30pm.

They proceeded in the direction from where the shot came, and heard a second gunshot and the herd of elephants trumpeting and running. 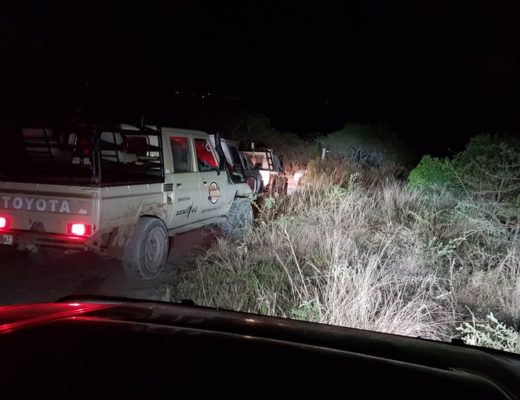 After calling for backup and doing some tracking, APU came across the poachers who opened fire on them.

Members returned fire, injuring one and killing another.

The injured poacher was taken to Ngwelezana Hospital for treatment, where he is being kept under police guard.

All five suspects are facing charges of illegal poaching, and are due to appear in the Ngwelezana Regional Court in due course.

Thula Thula owner, Françoise Malby-Anthony, said while the elephant herd had been traumatised by the incident, they were not injured.

“The herd is fine. We monitored them yesterday.

“While we regret the death of the poacher, the APU acted in self-defence.

“Poaching is a crime and Thula Thula is now more than ever committed to spreading awareness and education about wildlife conservation within local communities,” she said.