Policeman shoots himself after crashing SAPS bakkie into cows

When the police attended to the scene, it emerged Gwala had no permission to use the police vehicle. 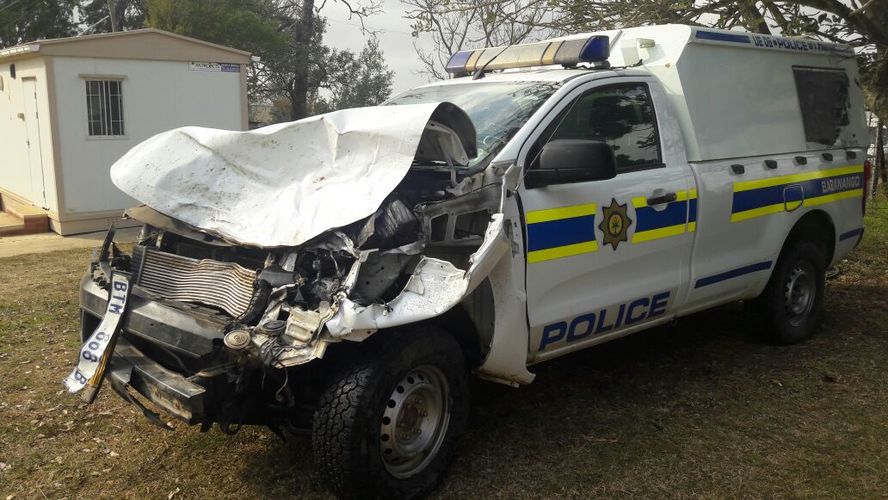 A police officer, Constable Khayelihle Gwala (32) shot himself to death after colliding with three cows along the R66 on Friday night, reports the Zululand Observer.

Gwala, who was stationed at the Babanango Police Station, was doing night shift when he allegedly took a state vehicle without authority and left his policing area, travelling to his home in Nongoma.

Reports indicated that while driving in the Mahlabathini policing area, he collided with the cows, which were killed.

A source said Gwala was with another man, who was identified as Siphelele Biyela of Babanango.

Both men survived the accident.

“When the police attended to the scene, it emerged that Gwala had no permission to use the police vehicle. He stole it,” said the source.

“When a tow truck arrived to remove the vehicle, it is alleged that the officer went to the side of the road and shot himself through his mouth, using his service pistol, in full view of other police officers.

“He was declared dead on the scene and his service pistol Z88 ,with 14 rounds of live ammunition, was recovered,” said Zululand police cluster spokesperson Captain Nkosie Gwala.

Captain Gwala said they had opened an inquest docket.