Guptas got R420m out of Sars illegally under Moyane – report

The scheme, which allegedly involves money laundering and VAT fraud, reportedly saw Sars contravening the laws it is tasked with upholding. 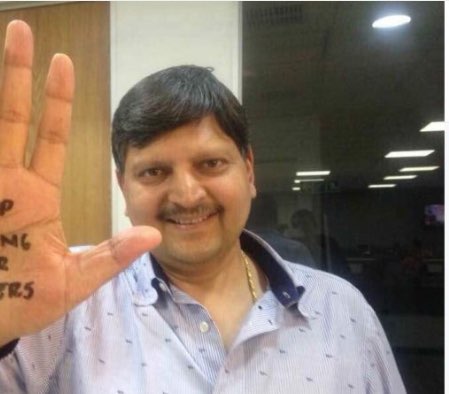 The South African Revenue Service (Sars) illegally paid at least R420 million in tax refunds claimed by Gupta companies into an attorney’s trust account, as well as to a shelf company and a businessman and former colleague of Tom Moyane’s nephew, The Daily Sun has reported.

At the time, according to the report, Bank of Baroda was attempting to reduce its work with the Guptas as they were unable to hide the family’s money laundering.

The scheme, which allegedly involves money laundering and VAT fraud, reportedly saw Sars contravening the laws it is tasked with upholding.

According to the report, Sars enabled the Guptas to continue laundering money after the banks had shut the doors and refused to keep handling the family’s money.

On August 1, Business Day reported that suspended SA Revenue Service (Sars) commissioner Moyane had suffered another blow, losing all the objections he lodged against his disciplinary inquiry.

Unless Moyane goes to court now, which he threatened to do last month, both his disciplinary hearing and the Nugent commission of inquiry into the running of Sars will continue simultaneously.

Moyane is facing serious allegations of misconduct during his tenure at Sars that could result in possible criminal sanction.

He had objected to the fact that the disciplinary inquiry doesn’t allow for oral submissions and cross-examinations. Instead it is structured to only allow for written submissions in the form of affidavits by witnesses. Mpofu argued that the Sars code of conduct – which applied to Moyane – makes provisions for oral evidence and an opportunity to cross-examine witnesses.

However, the chairman of his disciplinary, Advocate Azhar Bham, has reportedly now dismissed these concerns in a letter to Moyane.

He has given Moyane until August 20 to respond to all the charges he faces for his running of Sars.

The hearing will take place between September 17 and 28.

Moyane had also taken issue primarily with there being two inquiries involving him at the same time, and he particularly didn’t want an affidavit by Minister Pravin Gordhan to be admitted as evidence against him. However, Bham has agreed with President Cyril Ramaphosa’s legal team that Gordhan’s evidence is admissible on the basis of him being a witness, with questions about his authority to do so not being relevant.

Moyane had objected to the former finance minister and Sars commissioner’s affidavit, claiming he didn’t have authority to speak on the matter.

Through his legal team, Ramaphosa said Moyane was “sabotaging” the speedy conclusion of his disciplinary inquiry.

READ MORE: Extradition talks are limited to the Guptas

“Moyane seeks to turn sound disciplinary procedure on its head by refusing to answer to the substance of the allegations against him until his technical points have been determined.”

In May, The Citizen reported on the attempts of the SA government to extradite the Guptas.

According to the South African department of justice, they have been in negotiations for some time to have the Gupta brothers repatriated to South Africa to have them “answer some questions” regarding illegal activities they are implicated in.

Justice Minister Michael Masutha confirmed at the time that he was in talks with the United Arab Emirates (UAE) ambassador to South Africa, working to fast-track bilateral agreements on extradition and mutual legal assistance.

Briefing members of the media before delivering the budget vote for the office of the chief justice, the minister was quizzed on what steps had been taken to ensure Ajay Gupta, one of the brothers wanted on corruption charges, stands trial in in South Africa.

The eldest Gupta brother was said to be on a pilgrimage in India at the time. His family has had several of their assets seized in their country of birth, India, as well, also related to alleged corrupt dealings.

The Gupta brothers have failed to appear before authorities in their Saharanpur hometown on multiple occasions.