Some of the cars have unpaid licence discs amounting to R300k while residents in the area lack basic services, the DA alleges. 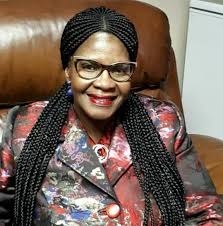 The DA has issued a statement saying a fleet of 100 unused cars in the Mangaung metro sits and gathers dust while residents in the municipality suffer from a lack of basic services.

Members of the opposition party’s branch in Mangaung say they have written to Tankiso Mea, manager of the city’s metro, asking for “clarity” regarding the cars.

They allege the parked vehicles are in various states of disuse, with some suffering from mechanical failures while others have unpaid licence discs adding up to a total of R300 000.

The statement issued by the DA takes the city to task for poor asset management.

It alleges six new Ford ST3s bought by the traffic department remain unused, while other cars stand idle only to be used on special occasions such as state visits.

According to the city’s biggest opposition party, mayor Ollie Mlamleli committed to buying cars worth R45 million in May.

“The DA needs the mayor to explain why she thinks it is a good idea to authorise the purchase of new vehicles when the metro garage is packed full of idle cars?” asked councilor Rossouw Botes.

“If the proposed expenditure on new cars proceeds, it will constitute wasteful and fruitless expenditure,” Botes continued.

Attempts to get comment from the Mangaung metro resulted in us being referred to Qondile Khedana, the city’s communications officer. Several attempts to contact Khedana were unsuccessful at the time of publication. We will continue to attempt to get his comments.