Two adults and a child were fatally wounded. 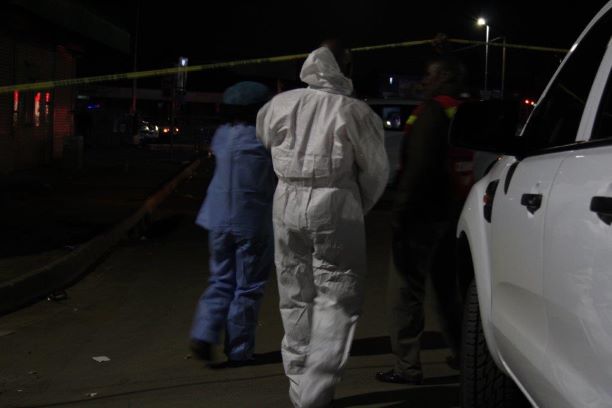 A massive manhunt is currently underway for the group of men who killed three people, including a ten year old child, while robbing a foreign national supermarket on Monday evening in the Bergville CBD, Ladysmith Gazette reports.

It is believed that a group of heavily-armed men stormed in wearing balaclavas and carrying Ak-47 assault rifles, before holding the store owner at gunpoint, while they looted the shop’s cash tills, grabbing an undisclosed amount of money. During the robbery, the men fired shots, fatally wounding three people including a ten year old boy who was wearing his school uniform at the time he was shot.

A security guard was also shot, as well as others who were caught in the hail of gunfire.

The robbers fled the scene in a white Ford Ranger bakkie and a VW Polo, in the direction of Johannesburg. They fired into the air as they made their escape from the scene.

A high-speed chase involving the K9 Unit and Okhahlamba traffic officers, as well as Ladysmith authorities, ensued as the robbers raced for Harrismith.

The suspects, however, managed to elude the officers and escaped.

Community members are urged to remain alert and cautious.