The victim was taken by ambulance to Tembisa Hospital where she died the same night. 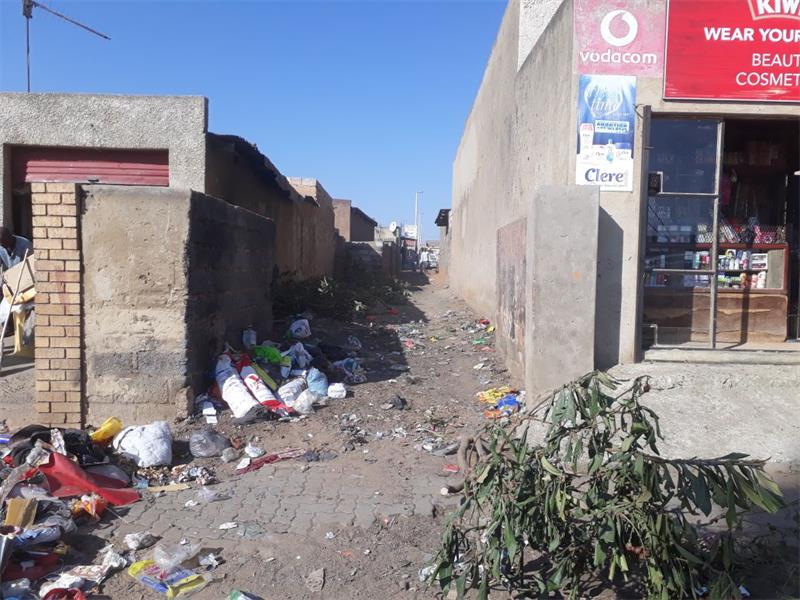 This is the passage the woman was trying to clean before she was killed by an alleged explosive device.

A 39-year-old woman was killed by an unknown explosive device along PT Modaka Street, Phomolong in Tembisa while she was trying to clear an illegal dumping site on Thursday last week, reports Tembisan.

“She was removing rubbish and putting it into a refuse bag when an explosion happened. The cause of the explosion is unknown at this stage,” Masela said.

The victim was taken to Tembisa Hospital by ambulance where she died the same night. Both her legs had been amputated. 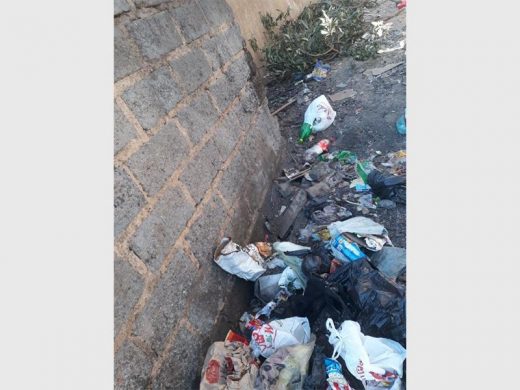 A woman died trying to clear this passage of garbage.

The police explosives unit was called to the scene to investigate and they took samples to the forensic department in order to examine the cause of the explosion.

According to Masela, illegal dumping is a concern in Tembisa.

“The authorities appeal to communities to stop illegal dumping and to avoid health risks. They are advised to use garbage bins.

“Chemicals that form because of a mixture of different substances in the rubbish may cause a fire and if inhaled, the smoke can compromise your health.” 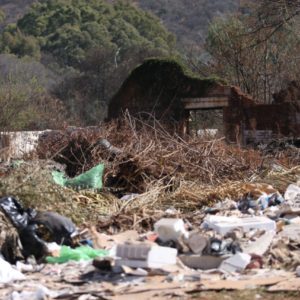