The role each of the accused played in what is considered the crime of the century is revealed by the 22-year-old. 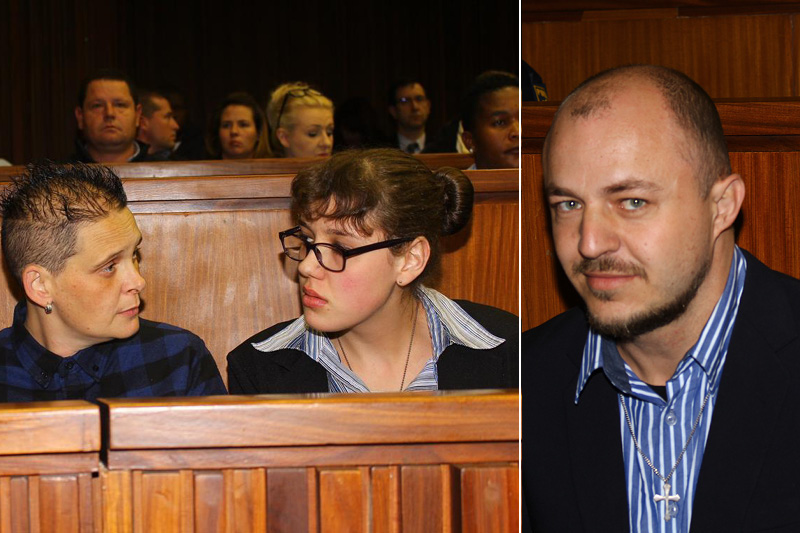 The trial of the remaining three accused of the Krugersdorp murders, Cecilia Steyn, 37, Zak Valentine, 34, and Marcel Steyn, 20, continued in the High Court in Johannesburg on Tuesday, with things taking an ugly turn as the story unfolded, reports Krugersdorp News.

The three are accused of murdering 11 people between 2012 and 2016. Mother and son – Marinda, 52, and Le Roux Steyn, 22 – were sentenced in May after signing a plea deal with the state, with Le Roux turning state witness in the trial of the remaining three.

Le Roux was convicted of seven counts of murder and was sentenced to 35 years, of which ten years were suspended on condition that he testify.

The case of the remaining three was postponed on Monday to the next day, because Marcel’s lawyer wanted to obtain clarity on provisions of the Child Justice Act 75 of 2008 as amended, since Marcel was still a minor when the crimes took place.

The three are facing charges of murder, robbery with aggravating circumstances, fraud, and intimidation and on Tuesday, they all pleaded not guilty.

According to a reliable source at the court, Le Roux testified on Tuesday that Cecilia was the ‘leader’ of their ministry called ‘Electus per Deus’ which means ‘Chosen by God’.

She started the group after she joined the Overcomers Through Christ (OTC), where Ria Grunewald was a leader.

Le Roux testified that Cecilia told them she was a 42nd generation witch and joined the OTC group to break away from her Satanic ties. Le Roux, Marcel (his sister), and their mother Marinda later joined the OTC group as well. The three of them moved to be closer to Cecilia who lived in a flat in Krugersdorp. She was apparently ill and they had to look after her.

According to him, Grunewald also moved in with Cecilia to look after her and protect her from ‘Satanic attacks’. There was then conflict between Cecilia and Grunewald, so Cecilia decided to leave OTC and start the Chosen by God ministries.

According to Le Roux, Cecilia instructed them to plant home-made bombs under the cars belonging to Grunewald and other OTC members. She wanted their property destroyed. After successfully destroying their property, they boasted about how proud they were of what they had done.

Cecilia was however convinced that Natacha Burger, 33, also a member of the OTC, was praying against the children of the OTC and the group was instructed to follow her for a few days. Le Roux was tasked with stealing number plates that would give Zak Valentine and his wife Mikeila access to Burger’s complex unit. Zak and Mikeila then went to one of Burger’s friends, Joyce Boonzaaier, who would arrange for Burger to come over. The Valentines stabbed Burger to death and then killed Boonzaaier, because she witnessed the murder.

After the two murders, Mikeila told the group that she did not want to be part of it anymore. Cecilia supposedly did not like this and the group started planning her murder.

Zak fed his wife sleeping pills and Marcel and Marinda were then sent to kill her. They hit her over the head with a blunt instrument and stabbed her to death.

Le Roux said that Pastor Reg Bendixen, a friend of Grunewald, sometimes appeared as a guest speaker for the OTC. Cecilia perceived him as a threat to the Chosen By God ministries and Marinda and Zak, dressed as police officers, attacked him with an axe and knives.

The trial continues, with Le Roux testifying for the rest of the week. Next week, John Anthony Barnard, another member of the group, will take the stand. Barnard has already pleaded guilty and turned state witness. In his testimony next week, the court will hear what role he played in the murders. He is serving a 20-year sentence.

In May this year, Marinda received a 390-year sentence after signing a plea deal with the state. She will serve her time in the Johannesburg South Prison and will most likely never see her children again. She was convicted of 11 murders (25 years for each) and 115 years for all the other crimes she committed, which included fraud, racketeering and managing an enterprise, illegal possession of ammunition and firearms, defeating the ends of justice, robbery, and accessory after the fact of murder. 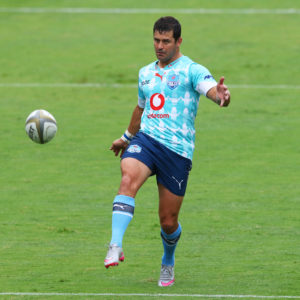