Four suspects attempted to rob a woman in her car, but she put up a fight and was shot in the jaw. 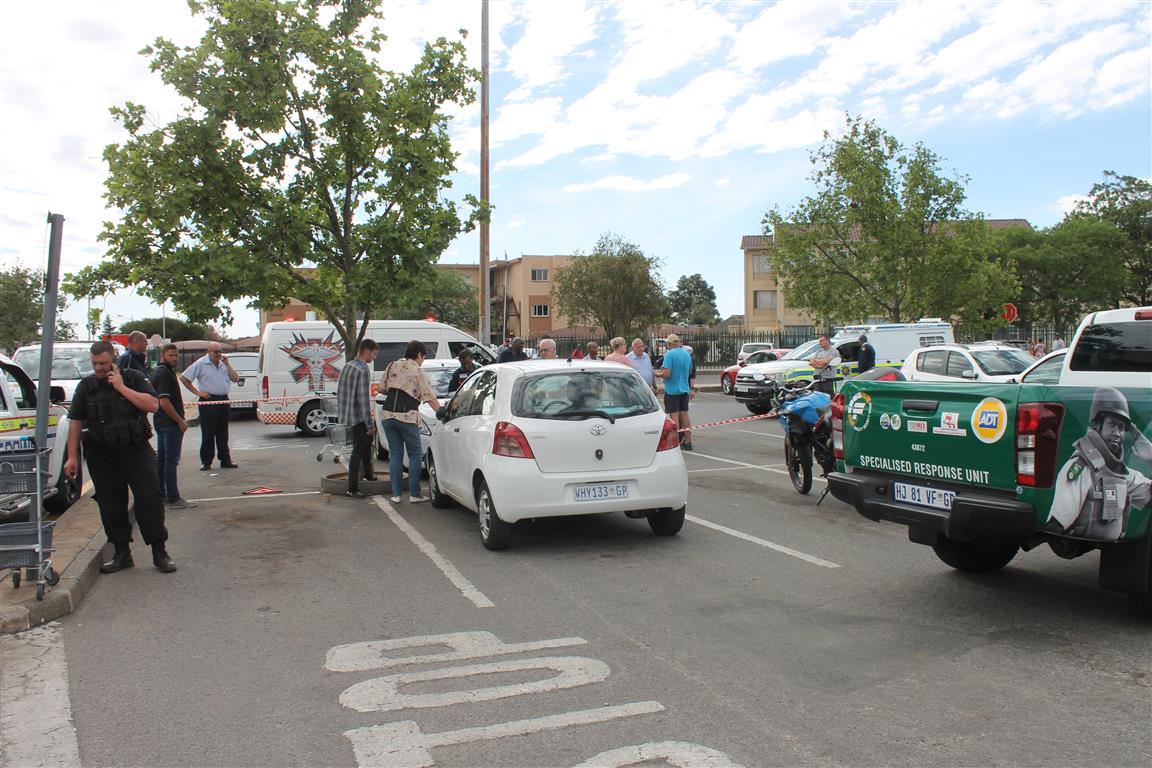 On Wednesday afternoon, a woman was hit in the jaw by a stray bullet in the parking lot at Witpoortjie Pick n Pay, reports Roodepoort Record.

According to eyewitnesses, four suspects in a blue VW Golf stopped next to the woman’s vehicle. Two of them jumped out and grabbed the handbag belonging to her passenger.

As they proceeded to grab the first woman’s handbag, she fought back. One of the perpetrators fired a shot at her but missed; however, the bullet ricocheted and struck the passenger’s jaw.

Police and emergency services were on the scene. Residents were urged to steer clear of the area. The woman’s current condition is unclear.