ANC heads may roll after NEC meeting on VBS

Municipal bosses from 15 municipalities could face the chop after being accused of working in cahoots with the bank’s shareholders. The future of the ANC big shots implicated in the alleged looting of VBS Mutual Bank now rests in the hands of the party’s national executive committee (NEC), which will decide on Friday whether they should be given the boot following a recommendation by the party’s integrity commission.

The commission also recommended those named should be barred from taking part in any ANC activities to protect the party’s integrity and reputation.

“The national integrity commission is of a view that the reputation and credibility of the African National Congress has been seriously damaged,” said the commission in a statement yesterday. “In an endeavour to protect the integrity and reputation of the ANC, the commission recommends that those implicated should be directed to step aside.”

Commission chairperson George Mashamba said those accused in the VBS looting scandal had been advised by the office of ANC secretary-general Ace Magashule to state their case to the commission.

“This was in accordance with the resolution of the ANC’s 54th national elective conference in December last year … that every cadre accused of, or reported to be involved in, corrupt practices must account to the integrity commission immediately or face disciplinary action. But up to now, none of those had done so,” Mashamba said in a statement.

ANC spokesperson Pule Mabe said the party would discuss the recommendations at the special NEC sitting this Friday.

“Because of the urgency and the nature of the matter, the office of the secretary-general felt it would be only proper to give the matter a space,” Mabe said.

“Under the new sheriff, President Cyril Ramaphosa, a lot seems to make sense now. We must forget about the past and hope that under … Mashamba, the commission will head to the right direction,” he said.

The VBS saga was elevated to the commission three weeks ago by the NEC after an audit by the Reserve Bank revealed 53 businesspeople, politicians, traditional leaders and others had swindled the bank of about R2 billion.

The ANC Youth League in Limpopo welcomed the commission’s recommendations.

“We have confidence the national leadership will fire all those implicated,” said the league’s acting provincial secretary, Matome Moremi, yesterday.

“If the ANC is serious about winning the 2019 elections, dismissing some of their own would never be a problem.”

ANC provincial secretary Soviet Lekganyane said the party would wait for directives from its national leadership before acting.

The Democratic Alliance and Economic Freedom Fighters in Limpopo are sceptical about whether action will be forthcoming.

“No action will be taken because some of these members have already proved to be bigger than the ANC,” said EFF provincial chairperson Jossey Buthane yesterday. 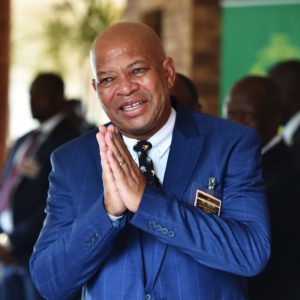 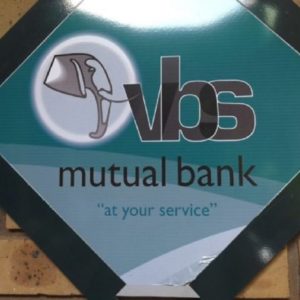