Eblockwatch has announced technology that will create a heat map of motorists who break the law. 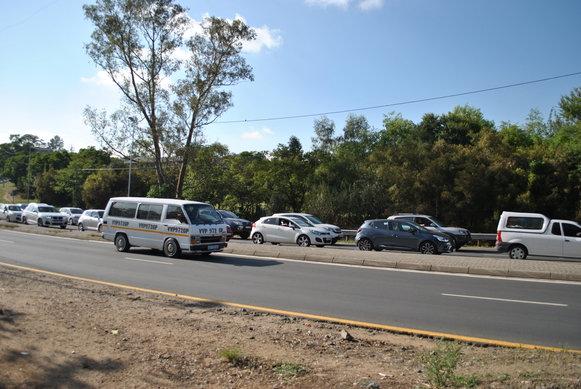 Eblockwatch has launched their smart technology to catch people that break the law on the roads, reports Sandton Chronicle.

This followed a recent incident where a motorcyclist had a stand-off with a motorist driving on the wrong side of the road.

The technology has been dubbed ‘Snakes and Ladders’ by eblockwatch founder Andre Snyman. He explained this would be a positive solution for the situation.

The Sandton Chronicle attended a trial run of how this technology might be implemented.

During the morning traffic rush on Witkoppen Road, two taxis were caught within an hour driving on the wrong side of the road heading towards Main Road.

Snyman says the technology is able to capture motorists who break the law and the details of offenders can be handed over to the Johannesburg Metro Police Department.

“This technology will help us to create heat maps for JMPD so that they know where the incidents are happening.”

Eblockwatch, with Craig Burke from Off-Site Monitoring, will monitor key hotspots. They are asking motorists to help create maps for the Metro police. This will be done through an app.

“Two young South Africans are collaborating across the world to put together an application for motorists to download for this project. One is in South Africa and the other is in Australia,” said Snyman.

He said this would ensure that the roads were safer and that pressure was put on the Metro police to take action against lawbreakers.