The latest scam informed child-grant beneficiaries that they would receive a R600 per child bonus next month. The new SASSA card is gold in colour and has the country’s coat of arms on the right hand side and the letters ‘SASSA’ inscribed on the left. Photo: Facebook

It confirmed that grants would be paid early due to the agency bringing its December payment cycle forward.

Spokesperson Paseka Letsatsi said: “Social grants for December will be paid as from the 28 November, and this applies to beneficiaries who collect their money from ATMs and stores. This is done in order to cushion the beneficiaries from the December rush which results in long queues in supermarkets and ATMs.”

According to payment schedules communicated by the agency, beneficiaries who received cash from cash vans at community halls would be paid from December 3.

Letsatsi said cash payments would be made on different days at various locations throughout the month.

But the agency emphasised it would not pay bonuses or double payments.

“Contrary to rumours that circulate on social media, the agency does not pay a bonus. In other words, if a beneficiary collects their December payment between the 28 November and the end of December they will only get the next payment at the beginning of January 2019,” said Letsatsi.

He said old Sassa cards would be discontinued from January 2019.

Anyone who doesn't swap their old cards for the new gold SASSA card won’t be able to get their grants from January 2019 pic.twitter.com/lTcwsG4OZS

“Please note that this Facebook advert is fake. All agency vacancies are advertised on newspapers or the Sassa website only. Adverts on other platforms/social media are not from the agency.”

Please note that this Facebook advert is FAKE. All SASSA vacancies are advertised on newspapers or the SASSA website (https://t.co/awnno6iflo) ONLY. Adverts on other platforms/social media such as this one below are not from SASSA. #SASSACARES @GovernmentZA @GCISMedia @The_DSD pic.twitter.com/hKjJlXndlW

Letsatsi said the agency had noticed a lot of scams criminals perpetrated in an effort to take advantage of unsuspecting beneficiaries.

“Beneficiaries shouldn’t give strangers their ID or PINs – even those claiming to be from the agency.” 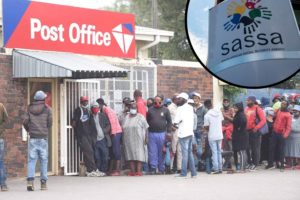 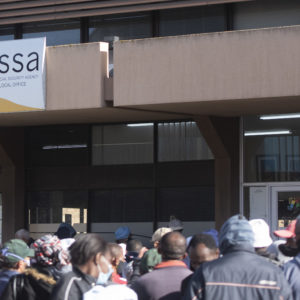