It would've been irrational for the president not to axe Moyane, in light of the damage he had done to the country, Ramaphosa's counsel argued. 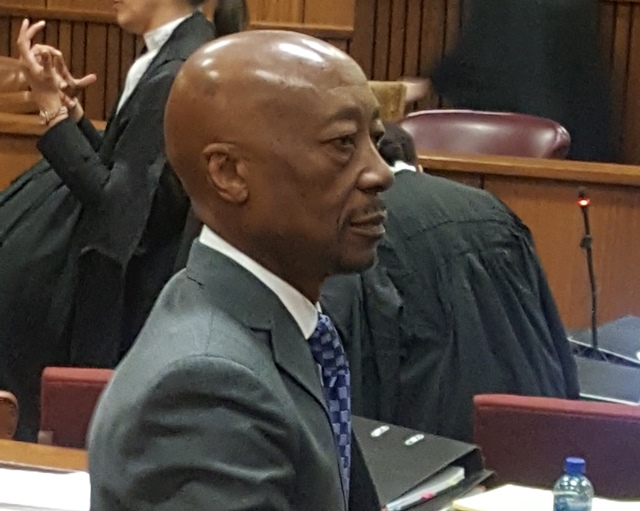 Axed Sars Commissioner Tom Moyane was in court for his bid to get his job back, 4 December 2014. Picture: Ilse de Lange.

The entire country suffered because of axed SA Revenue Service (Sars) commissioner Tom Moyane’s conduct and President Cyril Ramaphosa would have been irrational not to fire him, the High Court in Pretoria has heard.

Moyane applied for an urgent interim interdict setting aside the president’s decision to axe him and allowing him to remain on suspension, and keep his salary, pending the outcome of a disciplinary hearing and further litigation aimed at his reinstatement.

He also wants the court to stop retired Judge Robert Nugent from delivering his final report about Sars to the president and to stop President Ramaphosa from appointing a permanent new commissioner.

The Nugent commission’s damning provisional Sars report, which found that Moyane had damaged Sars, the country and its citizens and should be removed as soon as possible, led to Ramaphosa axing Moyane on 1 November.

Moyane first turned the Constitutional Court to get his job back, but turned to the High Court for relief after he was refused direct access to the highest court in the country.

President Ramaphosa and Judge Nugent vehemently opposed the application and accused Moyane of only having his own financial interests at heart and vilifying everyone around him, including Judge Nugent, instead of dealing with the damning allegations against him,

Moyane maintained the Nugent commission’s findings was the product of a “flawed process”, which he referred to as an “unmitigating scam and farce”. He alleged the Judge was biased against him, “conspired against him behind closed doors”, pre-judging the issue and violating his right to a fair hearing.

Moyane’s advocate, Dali Mpofu, submitted that Moyane did not want to escape the consequences of his actions and “wanted to face the music”.

He said it would not be in the public interest if the president next week appointed a new commissioner and Moyane eventually won his case, opening up the way for a legal challenge to the new appointment.

Kameshni Pillay SC, for the president, argued that the commission made very grave findings against Moyane and that it would have been irrational for the president not to remove him in light of his view that he had lost confidence in Moyane’s ability to carry out his functions

She said Moyane was motivated by nothing more than his own financial interest, which was far outweighed by the national interest in a properly functioning revenue service.

Wim Trengove, for Judge Nugent, argued that the whole country had suffered because of Moyane’s conduct, which justified the president’s decision. He said Moyane had spurned many chances to state his case, but chose instead to vilify all around him, including Judge Nugent.

Trengove told the court Judge Nugent’s final report was ready to be handed over to the president within the next few days.

Judge Hans Fabricius said he would give judgment before 14 December.