According to Dhana Evans from a nearby residential complex, the situation has become more severe as the erosion continues with every passing rain. 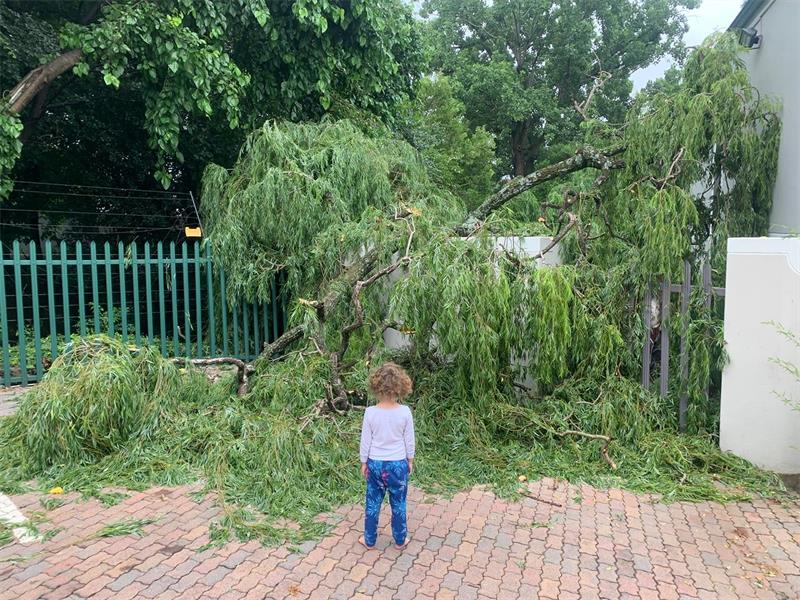 The fallen tree in the Gerber's garden highlights how serious the erosion is. Photo: Supplied

According to Dhana Evans from a nearby residential complex, the situation has become more severe as the erosion continues with every passing rain.

“The threat of the [nearby] road collapsing has become a reality as we are expecting more rains, this puts pedestrians and motorists at great risk.”

Another resident, Ignus Gerber, added that the erosion of the river as a whole continues throughout the small stream with many of the trees, which are supposed to contribute to holding the river banks steady, are losing their structure and falling over. Gerber said that the river has been queried with the Johannesburg Roads Agency (JRA) on a number of occasions over the years but it had not been classified as anything ‘too urgent’.

Following the recent two storms experienced in the Sandton area and the river bank’s continued erosion, a group of residents from the nearby residential complex sent a collective email to the JRA on 2 November requesting that the enquiry be escalated to a higher priority level. 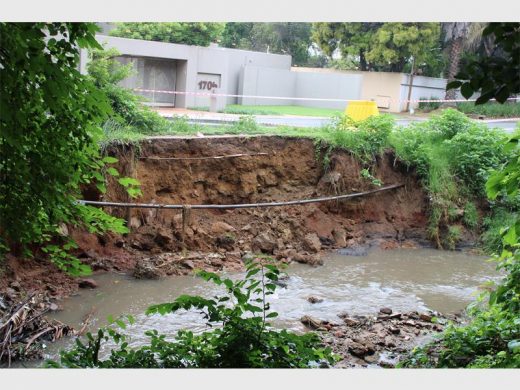 JRA spokesperson Kelebogile Mafa said that the depot is aware of the issue, adding that ‘it has been prioritised resolution’ but the entity is unable to confirm a date just yet for when a team will be on-site.

On the other end, the situation along Linden Street continues to worsen. On the night of 10 November, a giant willow tree further up along the small river lost its footing and collapsed into Gerber’s garden. Thankfully no one was hurt but the tree hit the palisade and shed in the garden.

“Again [this is] just highlighting how the City, whom we have been trying to get assistance from for years, is actually endangering our lives,” said Gerber’s wife Genie. Genie added that while she had attempted to contact Ward councillor Jeffrey Pietersen and the City for assistance, the fallen tree was removed by the community.

Ward councillor Pietersen was approached for comment on three occasions but no response was forthcoming.

The community, however, continues to rally together in an effort to help improve the water flow and overall area around the bank. The residents of the Glenwood River Estate have organised a river clean-up for 22 November.

“We have to take things into our own hands and look after our own community at the end of the day,” said Evans.

The community plans to gather from 9am at the small park next to the estate. Residents interested in joining are encouraged to contact Dhana Evans prior to the day on dhana@selwyncohen.com.

This article was republished from Sandton Chronicle with permission