The delays at the border posts have been blamed on Covid-19 protocols. 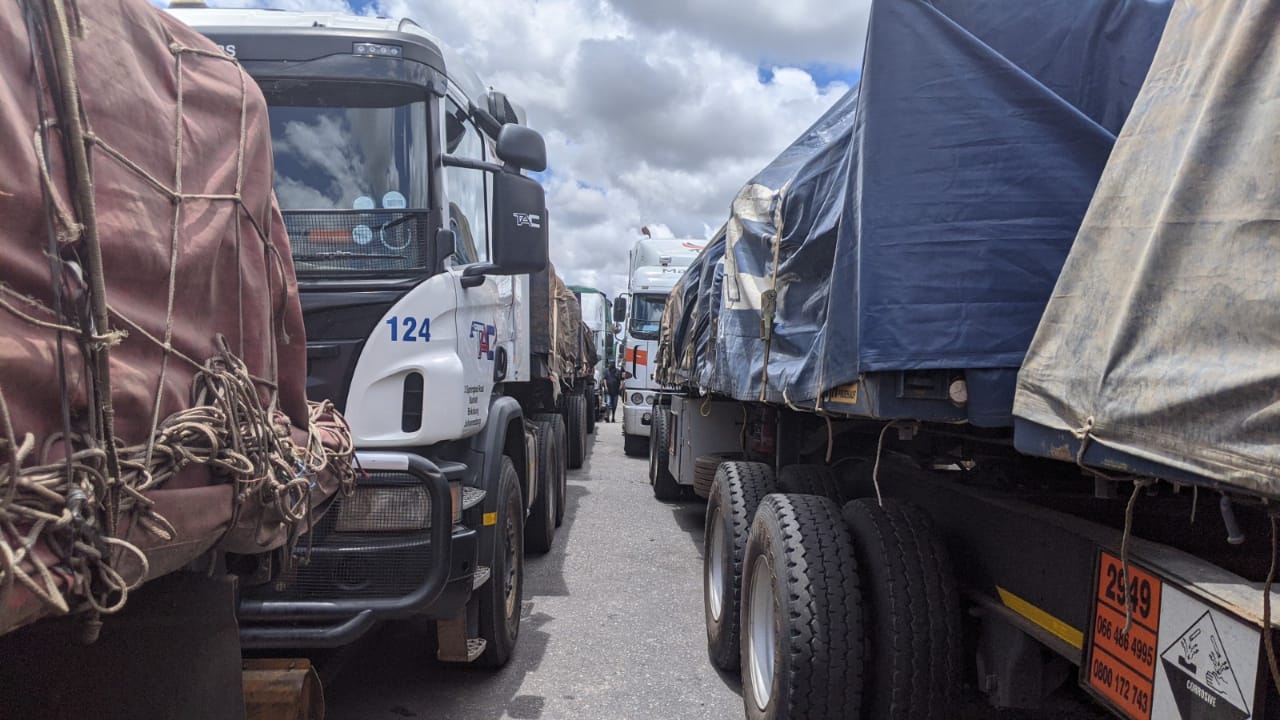 The freight trucking industry has called on the Department of Home Affairs to help reduce queues of up to 25km at the Lebombo border post in Mpumalanga.

Since December, there have been snaking queues at the border in Komatipoort, which connects South Africa to Mozambique.

There are similar scenes at the Beitbridge border post between South Africa and Zimbabwe.

The delays at the border posts have been blamed on Covid-19 protocols.

But the Federation of East and Southern African Road Transport Associations (Fesarta) and the South African Association of Freight Forwarders (Saaff) say that the queues and the summer heat are putting drivers’ livelihoods at risk.

“This is a complete and utter disaster for our business – and for many others. Our productivity has plummeted by 75% since the queues started. Under normal circumstances, each of our trucks moves four loads in six days. Currently, they have only moved one load in five days,” Lunga said.

He said under normal working conditions, a truck’s delivery turnaround time was 36 hours.

“Our trucks are all stuck on the Mozambique side. Three of them have not moved in four days. The other seven offloaded yesterday and they are in a queue 17km from the border.

“We are simply unable to generate revenue and risk being unable to pay our creditors if this continues. We may even have to close our business,” said Lunga.

“To remove the congestion, the movement of cargo needs to be separated from other traffic, such as passenger cars, buses and pedestrians. This will enable the free flow of vehicles and passengers.

“Ninety percent of the trucks coming back into South Africa from Mozambique have no loads. They should be able to enter and exit the border post seamlessly,” said SAAF chairperson Juanita Maree.

‘Nothing more we can do’

Speaking to News24 this week, Home Affairs Minister Aaron Motsoaledi said the situation at the Beitbridge Border post was a humanitarian issue.

The minister said nothing more could be done to alleviate the situation at borders across the country and he acknowledged that the queues could be super spreaders of Covid-19.

“The queues are long because people want to come to South Africa. There is nothing more we can do. We sent all the extra people – the army, the police, health officials. We won’t be able to send anymore,” he said.

“Beyond that, there is nothing more we can do.”

On Wednesday afternoon, Home Affairs spokesperson Siya Qoza said most of the queuing pedestrians at Beitbridge had been cleared and that cars and trucks were in the process of being cleared.