Daily news update: Dwaine does it for SA, millions might have had Covid-19, Zuma’s taste questioned Happy Valentine’s Day! Here’s your morning news update: Click on the links below for the full story or visit our home page for the latest news. Dwaine Pretorius produced the best ever figures by a South African in T20 Internationals as the Proteas levelled the series against Pakistan with a six-wicket victory in the second match in Lahore on Saturday.

Medium-pacer Pretorius wrecked the Pakistan innings, especially in the closing stages, as he claimed fabulous figures of five for 17 to restrict the home side to 144 for seven.

The Proteas then chased down that target with 22 balls to spare, the innings being built around the partnership of 77 for the third wicket between Reeza Hendricks and Pite van Biljon, who both scored 42.

A study published on Friday, led by authors from the National Blood Service, shows that a large percentage of the population has likely already been infected with SARS-CoV-2 and that there are striking differences in prevalence between blacks and whites.

Over seven days between 7 and 25 January, 4,858 blood donors were tested for antibodies to the virus that causes Covid-19. These antibodies help the body neutralise the effects of SARS-CoV-2 and we have them only if we have been previously infected, the study found.

Extrapolating their results to the whole population, the researchers estimated that 63% of people in Eastern Cape have been infected since the epidemic started, 32% in Northern Cape, 46% in Free State and 52% in KwaZulu-Natal. This is massively more than the clinically confirmed case rates of between 2% and 3% in these four provinces. Any gift or gesture that reveals you are thinking of your special one is good.

It’s the month of love and the perfect time to spoil your loved one. Here’s your Valentine’s Day gift guide to spoil the special person in your life.

Calls for Magashule to step aside intensify as ANC NEC congregates

As the ANC’s highest decision-making body apart from their conferences congregates to deliberate over the party’s 2017 Nasrec elective conference resolution which would require those facing criminal charges to step aside, there has been calls for the party’s secretary general to step aside. All eyes are mostly on Ace Magashule as he was charged for corruption last year.

Although the resolution was tabled in 2017, the party’s NEC and national working committee (NWC) will finally find out what guidelines to follow when asking members accused of corruption to step aside.

If former president Jacob Zuma’s Nkandla was a song, the singer would most definitely be somewhat off-key.

The compound in the KwaZulu-Natal hills cost the South African taxpayer well over R250 million.

But when you take a closer look at an image taken during the Economic Freedom Fighters Julius Malema’s recent “tea date” , taken in Zuma’s personal quarters, the enormous public bill makes even less sense.

“The most expensive items in the room are the air conditioner, the tea set and probably the bear skin tucked in the left-hand corner of the room,” says Joburg interior designer Adrienne Bayhack of Room-to-Room Interiors.

A share of the spoils will leave a bitter taste in the mouths of both teams but it was a fair result considering everything that happened in this DStv Premiership match at Dr Petrus Molemela Stadium on Saturday afternoon.

The match got off to a dramatic start as 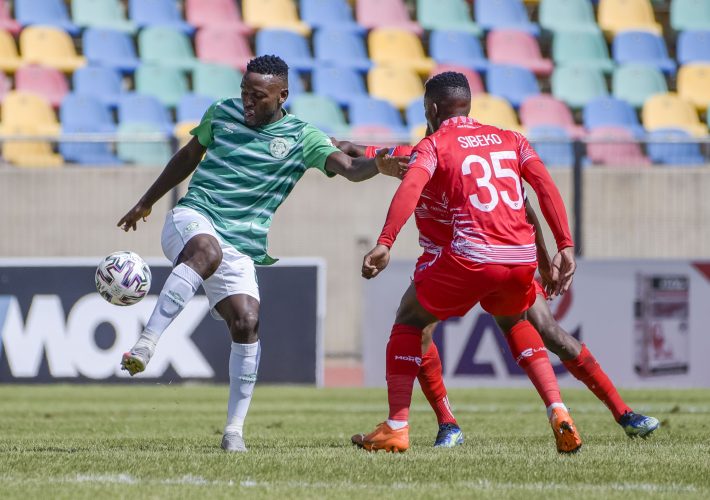 Phunya Sele-Sele were then awarded a penalty, and Victor Letsoalo sent Ayanda Mtshali the wrong way to give his side an early lead.

And that was just the start of the drama.

Trump trial prolonged as US Senate votes to allow witnesses

The US Senate voted Saturday to allow witnesses at the impeachment trial of Donald Trump, a surprise move likely to prolong the proceedings, even as the top Republican senator said he would vote to acquit the former president of inciting insurrection.

The trial had been expected to conclude on Saturday. But in a surprise move, the lead House impeachment manager, Jamie Raskin, said he wanted to call a Republican lawmaker to testify as a witness.

That prompted a threat by Trump’s defence lawyers to call Nancy Pelosi, the Democratic speaker of the House of Representatives, Vice President Kamala Harris and other witnesses.

The Senate then voted 55-45 to allow witnesses, with five Republicans joining their Democratic colleagues.

is an AFDA graduate with a BA degree in Live performances. He is currently furthering his communication and language degree at UNISA.

The 35-year-old actor has amassed a large repertoire of screen roles from a young age from, including starring the in blockbuster Kalushi, The No 1 Detective Agency co-starring alongside Grammy award singer Jill Scott, award-winning A Million Colours and White Lion. His current role is that of police captain Bohang on E-TV’s Scandal!.

He speaks to The Citizen about his career and life as an actor working during the Coronavirus pandemic.