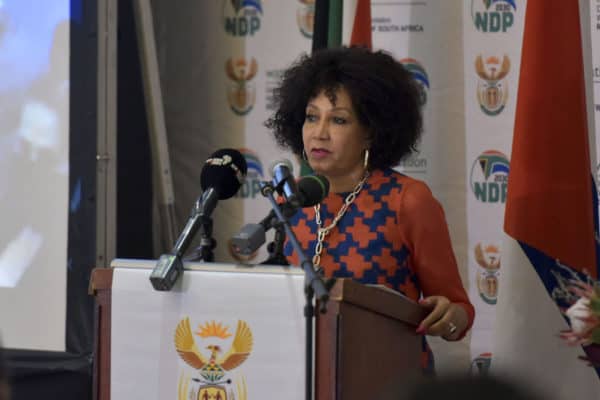 The United Kingdom (UK) has removed South Africa from its travel red list as Covid-19 cases continue to decline in the country.

The UK announced on Thursday that it had removed 47 countries from its red list and that from Monday 11 October, eligible travellers vaccinated in over 37 new countries and territories including Brazil, Ghana, Hong Kong, India, Pakistan, South Africa and Turkey, will be treated the same as returning fully vaccinated UK residents, so long as they have not visited a red list country or territory in the 10 days before arriving in England.

The Presidency has confirmed that national police commissioner Khehla Sitole is facing suspension and has been invited to make a case against his suspension to the President.

President Cyril Ramaphosa wrote to Sitole after reports that the commissioner had frustrated a probe into corrupt procurement deals by the Crime Intelligence department. The investigations were being conducted by the Independent Police Investigative Directorate (IPID).

The matter was referred to court and became the subject of a finding by Judge Dennis Davis in the North Gauteng High Court.

The main domestic money-laundering crime threats are consistently understood by the key authorities in South Africa, but the understanding of their relative scale, money-laundering vulnerabilities, and the threats from foreign predicates is limited, the latest report from the Financial Action Task Force (FATF) has revealed.

Released on Thursday, the fourth round mutual evaluation report on anti-money-laundering and counter-terrorist financing measures also found that the key authorities’ understanding of terrorist financing risks was underdeveloped and uneven.

DA backs down on controversial election posters in Phoenix

The Democratic Alliance (DA) says it is in the process of taking down its controversial local government election posters put up in Phoenix recently, after the party was accused of stirring racial tension in the area.

Phoenix has been a hotbed of racial tension since the looting and riots in July. More than 30 people died and over 50 were injured in the area during violent unrest and looting that occurred in KwaZulu-Natal and Gauteng, ostensibly triggered by the arrest of former president Jacob Zuma.

But that it fiercely defended its independence.

Speaking as a guest during an interactive online discussion on Wednesday, hosted by independent policy think tank the Centre for Development and Enterprise (CDE), Kganyago conceded that several state institutions were “weakened, while some were totally gutted” by state capture.

He did not specifically name the affected institutions in responding to a question on why independence matters for key institutions like the Sarb, which was posed by webinar host and CDE executive director Ann Bernstein.

The cause of the fire remains unknown at this stage.

“The only people who suffer from these actions are the learners who will now be taught in overcrowded classrooms, while some will not have classrooms at all,” said DA shadow MEC for education in Gauteng, Khume Ramulifho.

FNB offering up to R18 million to customers who get vaccinated

First National Bank (FNB) is offering up to R6 million per month to its customers through a monthly draw – but they have to be vaccinated to stand a chance of winning.

Vaccinated customers will be in line to win the cash prizes by entering a lottery draw that will take place over the next three months. In total, FNB could be giving away R18 million. The bank will give one customer between R3 million and R6 million on 31 October. The draws will then run again in November and December.