The awards were hosted by the global non-profit Blueprint for Free Speech – the focus of which is research into and support of freedom of expression. 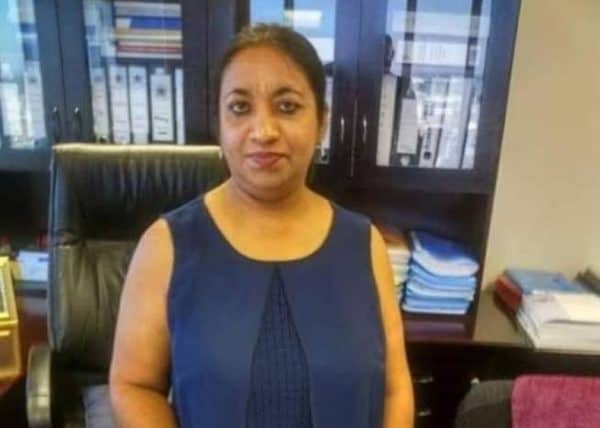 Four South Africans were among those honoured at this year’s international Blueprint Whistleblowing Awards, among them slain Gauteng health official Babita Deokaran.

Deokaran was the recipient of a posthumous Special Recognition Award at the 2021 prize giving, which took place virtually on Wednesday night.

A high-ranking official in the financial division of the Gauteng department of health and a witness in various graft probes, including the Special Investigating Unit’s (SIU’s) investigation into R300 million’s worth of dodgy personal protective equipment (PPE) tenders, Deokaran was gunned down outside her home in Mondeor, south of Johannesburg, in August, in what appears to have been a hit.

The awards were hosted by the global non-profit Blueprint for Free Speech – the focus of which is research into and support of freedom of expression.

In a statement, the organisation said of Deokaran: “It was a classic case of a whistleblower with inside information who was a key witness in a long-running investigation into alleged government corruption in South Africa – and it cost Babita Deokoran her life”.

“Deokaran’s murder raised questions about why she was not given witness protection,” the statement added, pointing to President Cyril Ramaphosa having conceded that the country needed to do more to protect whistleblowers.

“The range of whistleblowers who we are awarding this year demonstrates not only the bravery of those who speak out, but the widespread wrongdoing that continues to take place around the world,” the executive director of Blueprint for Free Speech, Dr Suelette Dreyfus, said.

“We are proud to showcase the men and women who have taken such huge risks and lost so much – including her life in the case of Babita Deokaran – by exposing wrongdoing and striving to make things better for us all.”

KwaZulu-Natal-based Thabiso Zulu – who testified at the Moerane Commission of Inquiry into political killings in that province and has been living with a target on his back for years – also received a Special Recognition Award on Wednesday.

“Speaking out against corruption in South Africa requires real courage and Thabiso Zulu showed he had it, exposing fellow members of the ruling ANC, the looting of municipal resources, police brutality and whistleblower
victimisation,” Blueprint for Free Speech said.