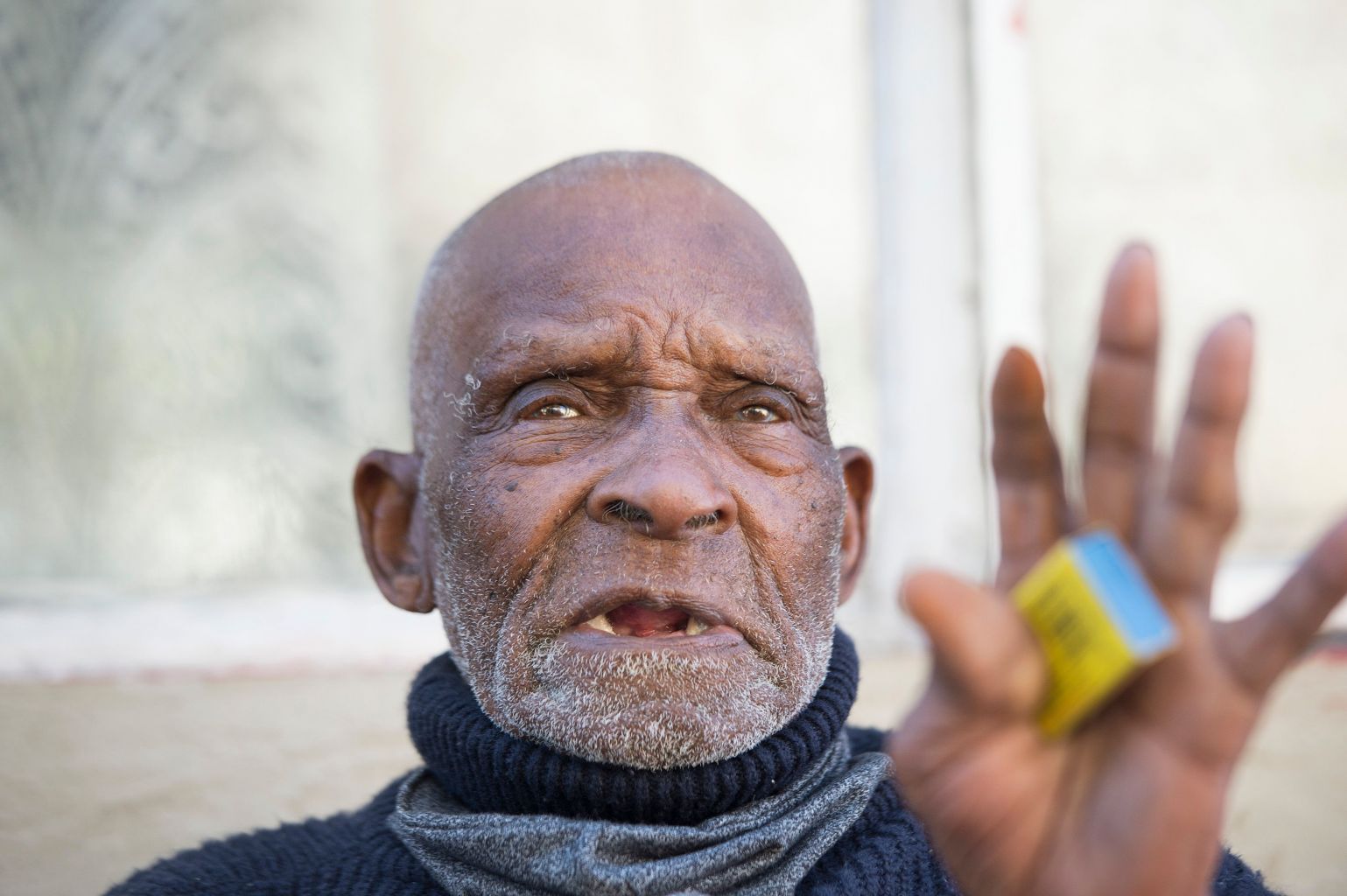 File picture: Fredie Blom talks about his recollections as he celebrates his 116th birthday at his home in Delft, near Cape Town, on May 8, 2020. According to 'Oupa' (grandfather) Fredie and his identity card, he was born in 1904, making him one of the oldest men in the world. Picture: RODGER BOSCH / AFP

One of the oldest men in the world, Fredie Blom, has passed away, according to a tweet posted on Saturday morning by television anchor and presenter Doreen Morris.

Oom Fredie Blom, 116, went to his eternal rest at 6am this morning. “He has fought the good fight, he has finished the course, he has kept the faith” It is well. #RIPFredieBlom ????️????️????️
????Unknown pic.twitter.com/HiGNrVM1Eu

He spent most of his life working on farms around Cape Town, and was married to his 86-year-old wife Jeanette for nearly 50 years.

Blom and his wife moved to Delft in Cape Town 30 years ago.

He had lived through the Spanish flu pandemic, which killed his sister, and remained unfazed by the Covid-19 pandemic that has gripped the world for the better part of 2020.

He recently voiced his disdain over President Cyril Ramaphosa’s ban on cigarettes, which has since been lifted. Fredie Blom enjoys a cigarette as he celebrates his 116th birthday at his home in Delft, near Cape Town, on May 8, 2020. Picture: RODGER BOSCH / AFP

“He doesn’t know what he’s doing,” he told AFP in May.

For his birthday this year, all Blom wanted was cigarettes.

He loved animals and gardening, his step-daughter Jasmine Toerien said.

Towards the end of his life, Blom refused to be poked and prodded by doctors, and hadn’t visited a physician in two years. Instead, he opted to take two Disprin tablets a day, his wife said.

Blom’s age was never verified by the Guinness Book of World Records body.

It is not yet clear how Blom passed away, but according to Morris, he had been ill for some time.

Although he had been quite ill, he seemed to have rallied somewhat on Monday. I saw him walking to the bathroom and that sight made us happy. By Thursday he said that he had had enough and was admitted. I am thankful for the love, for lessons and that the end came quickly ???????? https://t.co/fRCFcmg0Cb