Cosby has served more than two years of a three- to 10-year sentence at a state prison near Philadelphia. 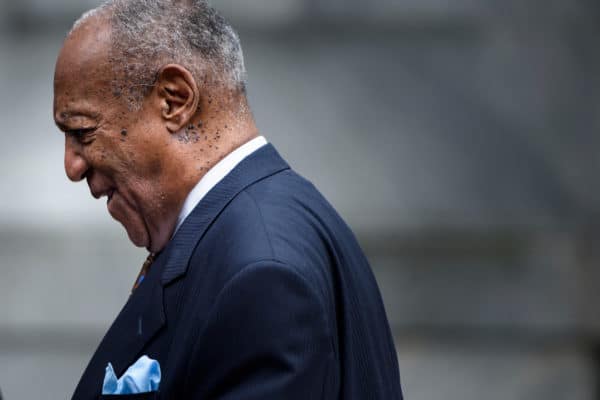 A US court overturned comedian Bill Cosby's conviction for drugging and sexually assaulting a woman 15 years ago on 30 June 2021 allowing his release from prison. Picture: Brendan Smialowski/AFP

A US court overturned comedian Bill Cosby’s conviction for drugging and sexually assaulting a woman 15 years ago on Wednesday, allowing his release from prison.

“Cosby’s convictions and judgment of sentence are vacated, and he is discharged,” the Pennsylvania Supreme Court wrote in a 79-page ruling.

Pennsylvania’s highest court overturned the conviction after finding an agreement with a previous prosecutor prevented Cosby, 83, from being charged in the case.

Cosby, 83, famous for The Cosby Show, has served more than two years of a three- to 10-year sentence at a state prison near Philadelphia. He had vowed to serve all 10 years rather than acknowledge any remorse over the 2004 encounter with accuser Andrea Constand, the Los Angeles Times reported.

“I have eight years and nine months left,” the 82-year-old told the National Newspaper Publishers Association’s BlackPressUSA.com during an exclusive interview with the paper from the SCI Phoenix, a state prison in Pennsylvania where he is serving his time.

“When I come up for parole, they’re not going to hear me say that I have remorse. I was there. I don’t care what group of people come along and talk about this when they weren’t there. They don’t know,” he said at the time.

It was the first guilty verdict for sexual assault against a celebrity since the advent of the #MeToo movement.

An earlier prosecution ended in a mistrial in June 2017 after the jury was unable to reach a unanimous verdict.

Although more than 60 women charged that they had been victims of sexual assault by Cosby, he was tried criminally only for Constand’s assault, since the statute of limitations had expired in the other cases.

He filed his second appeal against his conviction in August last year.

His lawyers argued that five women should not have been allowed to give evidence at his trial as witnesses.

They complained that their “decades-old” allegations, which were not part of the charges, had prejudiced the jury.

The attorneys also argue it was “fundamentally unfair” that deposition testimony Cosby gave in a civil case regarding his use of sedative drugs and his sexual behaviors in the 1970s was heard in court.

They argue that Cosby believed the testimony was immune from prosecution when he gave it.

Cosby had lost an earlier appeal when a court ruled that the prosecution’s evidence had established Cosby’s “unique sexual assault playbook.”