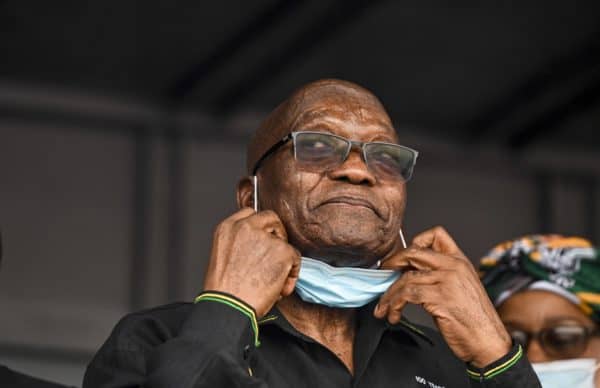 Former President Jacob Zuma addresses his supporters outside his house on July 04, 2021 in Nkandla, South Africa. The former president was found guilty of contempt of court by the Constitutional Court of South Africa and has been sentenced to 15 months imprisonment. (Photo by Gallo Images/Volksblad/Mlungisi Louw)

The department of correctional services on Friday morning confirmed former President Jacob Zuma was admitted to a hospital outside the Estcourt Correctional Centre for medical observation.

The department said in a statement “everyone who is detained, including every sentenced prisoner, has the right to conditions of detention that are consistent with human dignity”.

The department said a former president, Zuma’s healthcare needs “require the involvement of the South African Military Health Services”, as has been the case since his incarceration.

The 79-year-old former president was handed a 15-month jail term back in June when the Constitutional Court found him guilty of contempt of court over his refusal to cooperate with the state capture inquiry.