The court is expected to rule on the bail application of the 40 co-accused later. 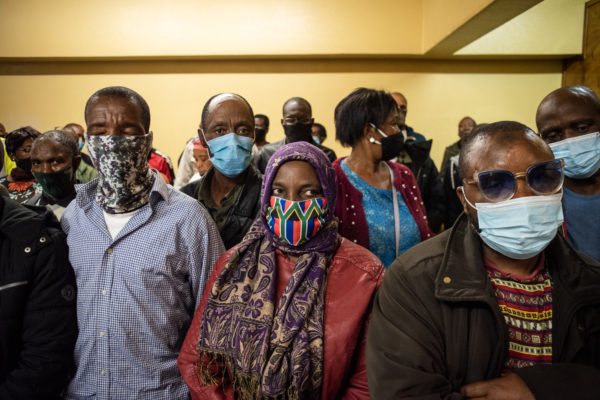 The suspects made their first court appearance on Monday after they were arrested last Thursday at St George’s Hotel in Irene, Centurion.

They were subsequently charged with kidnapping after they held Defence and Military Veterans Minister Thandi Modise, her deputy Thabang Makwetla and Minister in the Presidency Mondli Gungubele against their will following a meeting to address their demands.

The bail hearing was then postponed to Tuesday after the National Authority Prosecuting (NPA) requested more time to process the accused and conduct verification of their addresses.

It was widely reported that 56 people had initially been arrested, however, the NPA clarified that a total of 53 people were nabbed, but only 52 appeared in court as one of the suspects was still in hospital.

The court granted R500 bail to each of the 42 accused after the NPA was able to confirm their addresses. The state did not oppose bail for the group.

Their case was postponed to 1 February next year.

The bail application of the remaining 11 accused was postponed to Friday.

Here is a list of the suspects and their ages: