Although the NPA has dropped charges against Duduzane for corruption, he is still expected in court in March to face charges of culpable homicide. 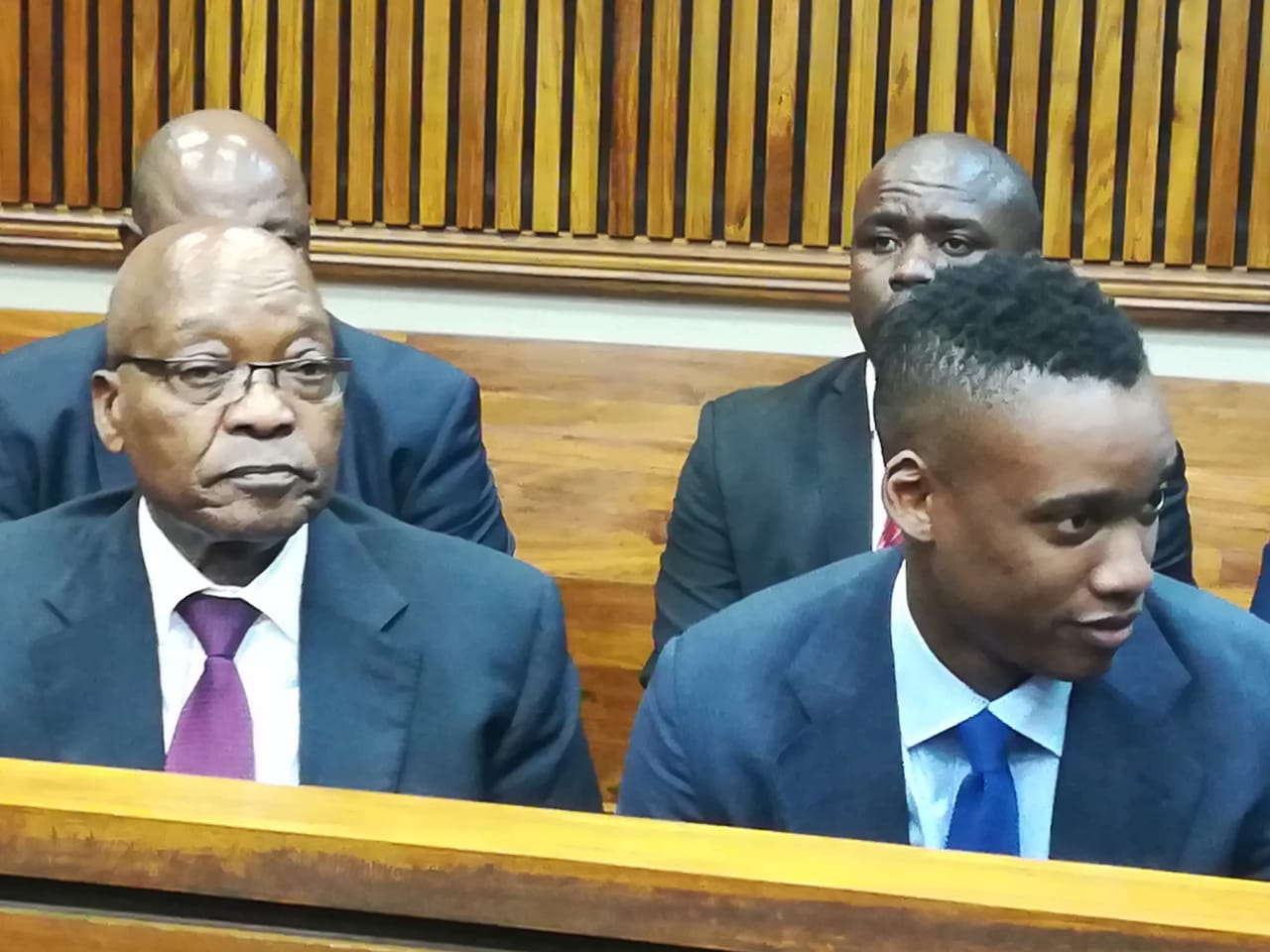 Former president Jacob Zuma(L) and his son Duduzane Zuma at the Randburg Magistrate's Court where his son was appearing for culpable homicide, 24 January 2018. Picture: Nigel Sibanda

Duduzane Zuma’s trial for culpable homicide trial resumes on March 26. He appeared briefly in the Randburg Magistrate’s Court on Thursday, again with his father, where the matter was postponed again.

Zuma faces two counts of culpable homicide and a count for negligent driving for the deaths of two minibus taxi passengers, who died in an accident in February 2014. 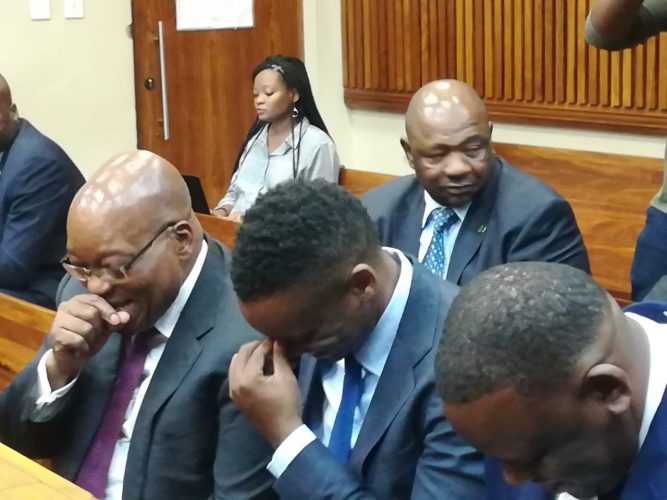 Former president Jacob Zuma(L) and his son Duduzane Zuma share a joke at the Randburg Magistrate’s Court where his son was appearing for culpable homicide, 24 January 2018. Picture: Nigel Sibanda

Zimbabwean national Phumzile Dube died after Zuma’s Porsche collided with the minibus taxi in which she was travelling. Another passenger, Nanki Jeanette Mashaba‚ who was injured in the accident‚ later died in hospital.

Jacob Zuma’s son returned to the country from Dubai to attend his brother Vusi’s funeral last year. He now only faces culpable homicide charges after corruption charges against him were provisionally withdrawn by the National Prosecuting Authority (NPA) this week.

The NPA this week withdrew the charges of corruption against Duduzane for the alleged role he played in a failed attempt to bribe the then deputy finance minister Mcebisi Jonas at the Gupta family’s Saxonwold home in October 2015.

The move to withdraw the charges was due to the fact that Jonas’s evidence before the Commission of Inquiry into State Capture had not yet been finalised, said the NPA.

NPA regional prosecutor Bulelwa Vimbani-Shuma said it was in the interests of justice not to proceed with the criminal case at this stage, as the charges could be reinstated.

Law expert June Marks has said that when charges were provisionally dropped by the NPA, it usually meant they were unable to gather sufficient evidence.

“The arrest should never have happened if they knew they had insufficient evidence to prove their case.”