The messy case, full of charges and countercharges, had dragged on for more than two years. 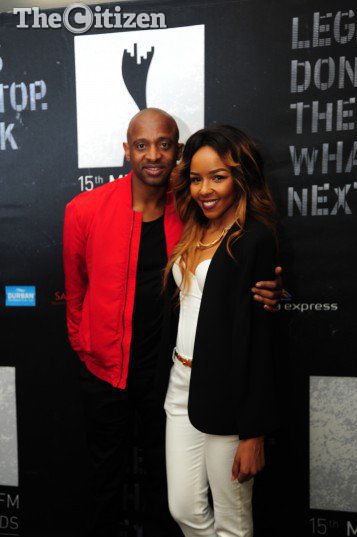 Kwaito king Arthur Mafokate’s lawyers have said in a statement that he has been acquitted of assaulting former girlfriend and fellow entertainment star Busisiwe “Cici” Thwala.

The acquittal was granted in the Midrand Magistrates’ Court yesterday.

Mafokate was facing assault charges with intent to cause grievous bodily harm in an incident that took place in June 2017 and caused Thwala to undergo a pelvic replacement operation.

Cici was reportedly dragged for 300 metres while holding on to the handle of Mafokate’s car door. She said afterwards that she may never have children due to the injuries.

Mafokate later claimed he was actually the one subjected to abuse. His manager also told the media the public perception that his client had attacked Cici was incorrect.

Cici originally opened a case of assault against him, claiming Mafokate allegedly dragged her and choked her during an argument after receiving a phone call from another woman while they were in their bedroom.

Mafokate was arrested, and opened a counter-charge against Cici. He claimed his partner had actually been the one who’d assaulted him while they were wrestling for his phone.

Mafokate declared in court papers that Cici allegedly hit him with a coat hanger and a steel chair and bit his arms. He added that she had apparently grabbed a DStv decoder and DVD player to strike him with those, but then apparently calmed down. He denied striking her, claiming he had acted only in self-defence.

Sunday World reported in 2017 that Cici’s dancer Hlengiwe Makhoba told them Cici had prepared for a physical fight on the night in question and that the two women had drunk a “copious volume” of Oros and vodka at the couple’s “love nest” in Midrand before the fight took place.

She claimed Cici kept telling her how she wanted to take Arthur’s phones.

They apparently both went to sleep but Makhoba woke up at 3am to hear Arthur screaming for help. She allegedly found him full of scratches and pleading with Cici to apparently not throw his phones in the swimming pool.

It emerged in media reports at the time that Cici may in fact have been injured while trying to stop Mafokate from driving away. When Mafokate visited her in hospital “she told him that she was injured by a steel rod at the gate”, according to Sunday World.