The man accused of raping a six year-old girl in Mamelodi will remain in custody as he abandoned his bid for bail, but his family, however, will have to move, after the community forced their landlord to evict them. 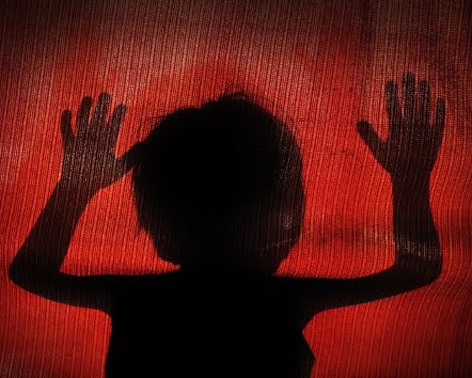 The 26-year-old man appeared briefly in the Mamelodi Magistrate’s Court on Thursday, where he informed the court that he would be making use of legal-aid services and that he would not be applying for bail.

The court also heard that the accused, who cannot be named until he has pleaded to a charge of rape, is a Zimbabwean national and in the country illegally.

News24 has seen the charge sheet, which alleges that the accused raped the victim on October 5 in Mamelodi East.

The court gallery packed with residents and branch members from different political parties jeered at the accused and called him a dog as he was taken back to the holding cells.

The gallery had also cheered after hearing that he would not be applying for bail.

The matter was postponed to November 28 for further investigations.

Following the court appearance a small group of people went to the home that the accused is said to be renting with his mother, girlfriend and their three month-old child.

The irate group sang struggle songs outside the house and demanded that the family of the accused leave the area immediately.

After a prolonged argument with the landlord, the group made their way to the flat and removed the belongings of the family, effectively evicting them.

According to Themba Masango from lobby group Not In My Name, the victim, who was hospitalised with extensive damage to her genital area, started walking again on Wednesday. She went under the knife on Monday.

The victim was allegedly raped on Saturday, by the accused who is her neighbour.

Police spokesperson Captain Johannes Maheso confirmed that a case of rape had been opened and that the police had arrested a 26-year-old suspect shortly after the alleged incident.

Where is the country’s leadership, NGO asks

Lobby group Not in My Name hascalled out political leaders for not being “on the ground”.

The court appearance was attended by a small group of residents, and branch members from different political parties alongside a number of NGOs including Not in my Name.

Masango, who has been in contact with the victim’s family and organised counselling for the six-year-old girl and her mother, has called on political leaders to account.

“All they can do is come out and condemn and condemn, sitting in their offices that are air-conditioned while we are here in the sun trying to make sure that the i’s are dotted and the t’s are crossed with regards to this case.”

Masango said the country’s elected leaders should be on the ground, providing clear leadership and experiencing the aftermath of these crimes against children.

“It’s really sickening to come here with one or two members from different organisations and having to come to court to hear that the cases are being postponed every single time while our children are dying on a daily basis.”

“We are calling on them, to go down and be with us on the ground and see first-hand, instead of coming out and announcing big things and programmes that do nothing and announcing issues and having summits in nice cosy places,” Masango said.

While the matter against the accused has been postponed to November 28 for further investigation, a number of residents went to the flat that the accused was said to be renting with his mother, girlfriend and their three-month-old child.

The irate group sang struggles songs outside of the house, and demanded that the family of the accused leave the area immediately.

After a prolonged argument with the landlord, the group made their way to the flat and removed the belongings of the family, effectively evicting them.