Pillay killed Jane Govindsamy and her two daughters, Denisha and Rackelle, on September 20, 2018, in their home in Thasvir Mansions in Phoenix. 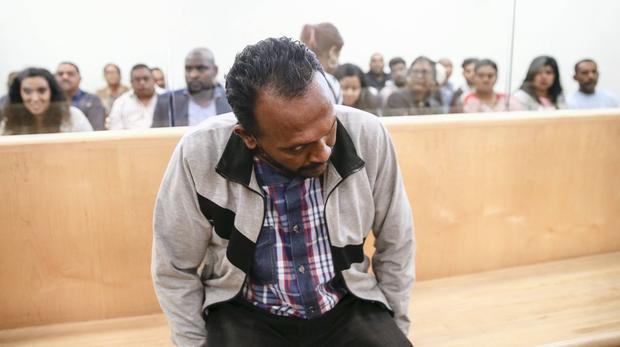 A Phoenix man accused of murdering his former lover and her two daughters, has been found guilty in the KwaZulu-Natal High Court in Durban.

“It is clear that the State has proved this case beyond reasonable doubt, but the version of the accused is not reasonable and forced,” Nkosi said on Thursday.

“I could not find any reason to doubt the credibility of witnesses who gave evidence for the State.”

Pillay was accused of killing Jane Govindsamy and her two daughters, Denisha and Rackelle, on September 20, 2018, in their home in Thasvir Mansions in Phoenix.

Nkosi said facts in the case showed that Pillay was a scorned lover who was grasping at straws because his nine year affair with Govindsamy was ending.

He said Pillay became harsh and threatening in text messages to Govindsamy after she began ignoring him.

“At first, the messages were romantic and caring. The ones that followed showed the accused was getting annoyed because he was being ignored. By the afternoon, he told her she was with someone else and called her a whore.”

Nkosi said his explanation for wiping and throwing away the knife used in the crime was implausible.

“He did not adequately explain why he wiped the knife and then threw it away. The CCTV footage shows this clearly.”

He added that it was strange that Pillay needed many plasters on his hands.

“It is strange that he needed many plasters for his wound. In his testimony he said he was right-handed and the injury was on his left finger. I am not persuaded he already had an injury on his finger.”

Nkosi said there was also evidence placing Pillay at the scene of the crime at the time of the murders.

“Witness saw someone wearing the same clothing as the accused entering the complex. In addition to this, the accused offered no reasonable explanation for why his phone was off between 14:00 and 20:00, the times the victims are said to have been killed.”

Sentencing proceedings are set to start on Friday.